The Big Break with Sarah Alderson

The first Big Break of the year. Where I get to interrogate a debut author about their new book. This week I have had the pleasure of featuring Sarah Alderson, author of Hunting Lila and Fated. Sarah is quickly becoming one of my favourite authors and I was so happy she agreed to be questioned by me.

‘Her name is Evie Tremain. She’s seventeen years’ old. She lives in Riverview, California. Now go and kill her.’
I finished Fated about two months later back in Bali.
What other projects are you working on at the moment?
I’ve just finished two sequels to Fated, which I wrote in very quick succession (the last one only took me 30 days). I loved the characters so much, and wanted to write about what happened to them next, even though I didn’t have a book deal.
For the last couple of weeks I have been crazy busy promoting both books. But I’m also writing a sixth book - a totally new story. It’s very different to both Hunting Lila and Fated and I’m really excited by it. I studied female resistance to Fascism and I’m very interested in how during times of war some people accept the way things are, even when really inhumane acts are being carried out right in front of them, whilst others resist even when to do so is suicidal. I’m especially interested in the ways that women contribute to resistance movements.
On top of this, I’m also writing a short story spin off from Hunting Lila – about Suki and how she first got involved with Demos. And yes, Alex will be in it!
It’s going to be sold as an e-book and all profits will be going to my friend’s charity Girltank which supports young women around the world who are making social change happen. For me probably the most exciting part of getting a profile as a writer is being able to use it to promote the causes I feel strongly about, and empowering women is probably the most important one for me.
Tell us what a typical writing day would be like?
When I’m in Bali I wake up really early – around 6ish – and steal out onto the balcony to check my emails and start writing. I try to pack in as much as I can before my daughter wakes up but once
she does I’m on mummy duty until she goes to school. Around 8.30 I’m back at my desk and will work solidly for several hours. If I’m having a plotting day I’ll always go for a swim – that’s where I do most of my plotting and thinking. Ok, and sunbathing.
I’m a total social media addict so I’ll stop every fifteen minutes or so to check email and Facebook and Twitter. I stop working most days at 2pm so I can pick my daughter up from her school in the middle of the rice paddies.
Normally if I’m in the throes of a book I can’t think about anything else, so once Alula is in bed I’m back in front of my computer – though I’m a morning person, usually I’m brain dead and only ready for a G&T by 7pm.
What advice would you give to aspiring and unpublished authors?
Keep writing and keep believing!
I keep hearing people scoffing at the idea of writers getting their first manuscript accepted. I got my first and my second! It is possible and I hope people draw inspiration from me rather than listening to the negative comments out there.
I would also say start building a following and a platform now because publishers don’t have huge marketing budgets anymore – and they can only take on a few new authors. Simon & Schuster children’s section I think signs maybe 8 authors a year. Publishers want authors who can promote themselves and who are themselves promotable. I know that the fact I had a blog which had been featured in the Guardian and Grazia, and that I had a social media presence on Twitter was a contributing factor to my deal. So try to build that presence any which way you can. It will make
you oh so much more attractive when the deal is about to be.


Thank you Sarah for giving us fantastic answers. I am a little envious of your writing life. 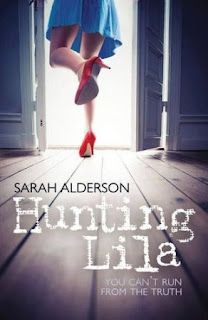