Other books set in Alaska

As I come to the end of my week in Alaska I thought it would be good to share with you some other books set in Alaska.  I have added the Goodreads summary, so you can see whether it is a book you would consider reading.

Raven Stole The Moon by Garth Stein.
When Jenna Rosen abandons her comfortable Seattle life to revisit Wrangell, Alaska, it's a wrenching return to her past. Long ago the home of her Native American grandmother, Wrangell is located near the Thunder Bay resort where Jenna's young son, Bobby, drowned two years before. There, determined to lay to rest the aching mystery of his death, she hears whispers of Tlingit legends that tell of powerful, menacing forces -- and discovers a frightening new possibility about Bobby's fate.


Warned by a practising shaman against disturbing the legendary "kushtaka" -- soul-stealing predators that stalk the netherworld between land and sea, the living and the dead -- Jenna turns to Eddie, a local fisherman, to help her separate fact from myth. But she can't deny her protective motherly instincts, and Jenna's quest for the truth about her son -- and the strength of her beliefs -- is about to pull her into a terrifying, life-changing abyss....

White Fang by Jack London
Jack London's tales are more than epics of hardship and survival -- they are morality plays in which good wins over evil.
In WHITE FANG, virtue takes shape in a young prospector and his fiercely loyal wolf-dog. It's a timeless tale of courage and survival as well as a touching friendship between man and animal. 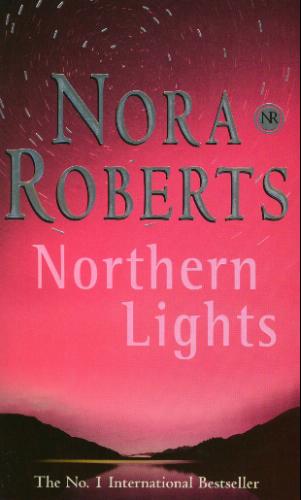 Northern Lights by Nora Roberts
Lunacy, Alaska - population 506 - is Nate Burke's last chance. As a Baltimore cop, he had watched his partner die - and the guilt still haunts him. Maybe serving as Chief of Police in this tiny, remote town, where darkness falls by mid-afternoon and temperatures fall to below zero, will bring some kind of solace. It isn't as if he has anywhere else to go. Aside from sorting out a run-in between a couple of motor vehicles and a moose and pulling apart two brothers fighting over John Wayne's best movie Nate's first weeks on the job are relatively quiet. But as he wonders whether this was all a big mistake, an unexpected kiss from feisty bush pilot Meg Galloway under the brilliant Northern Lights of the Alaska sky lifts his spirit - and convinces him to stay just a little longer. Born and raised in Lunacy, Meg has learnt to be independent. But there's something about Nate's sad eyes that gets under her skin, and warms her frozen heart. However, when two climbers find a corpse on the mountain, Nate discovers that Lunacy isn't quite the sleepy little backwater he imagined. Set in the beautiful Alaskan wilderness and full of wonderfully real characters, romance and mystery, this exciting page-turner is Nora Roberts' best novel yet.

Dawn's Prelude (Song of Alaska 1) by Tracie Peterson
Newly widowed Lydia Sellers discovers that through an unforeseen fluke, she is the sole recipient of her husband's fortune. But instead of granting her security, it only causes strife as her adult stepchildren battle to regain the inheritance for themselves. Lydia, longing to put the memories of her painful marriage behind her, determines to travel to Alaska to join her aunt.Lydia's arrival in Sitka, however, brings two things she didn't expect. One is the acquaintance of Kjell Bjorklund, the handsome owner of the sawmill. Second is the discovery that she is pregnant with her dead husband's child. What will this mean for her budding relationship with Kjell? And what lengths will her stepchildren go to reclaim their father's fortune? Lydia soon finds her life--and that of her child's--on the line. And She Was by Cindy Dyson
Sweeping across centuries and into the Aleutian Islands of Alaska's Bering Sea, "And She Was" begins with a decision and a broken taboo when three starving Aleut mothers decide to take their fate into their own hands. Two hundred and fifty years later, by the time Brandy, a floundering, trashy, Latin-spewing cocktail waitress, steps ashore in the 1980s, Unalaska Island has absorbed their dark secret--a secret that is both salvation and shame.
In a tense interplay between past and present, "And She Was" explores Aleut history, mummies, conquest, survival, and the seamy side of the 1980s in a fishing boomtown at the edge of the world, where a lost woman struggles to understand the grey shades between heroism and evil, and between freedom and bondage.