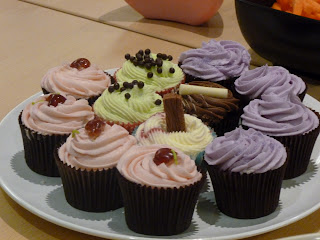 On Thursday the 22nd of March, I was invited to join other bloggers at the offices of Harlequin UK for the first ever MIRA INK blogger party. The offices were in the beautiful surroundings of Richmond, Surrey. I was very brave and put on my big girl pants and drove there, surprised to find the offices so easily. I would love to say the journey home was just as easy, but I would  definitely be lying (Groundhog Evening on the Richmond ring road). 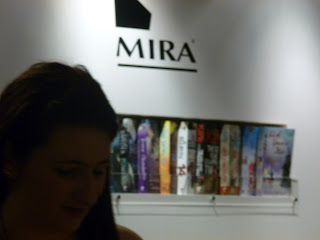 The offices were lovely and it was surreal to see all the old Mills and Boon's covers on the walls alongside the MIRA and MIRA INK titles. When we arrived we were given very exciting goody bags with lots of the books talked about through the evening in the bag, alongside nail varnish and some sweets. 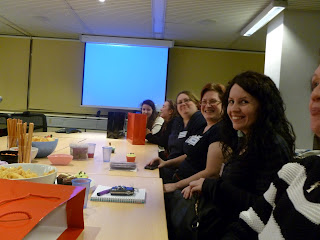 Leanne from District YA, Sarah from Feeling Fictional, Sammee from I Want To Read That, Alison from The Reader Room and Bella from Cheezyfeet Books were some of the blogs in attendance. 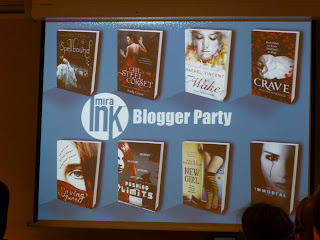 Elise and Claudia began by running through the new books they had coming out over the next few months. 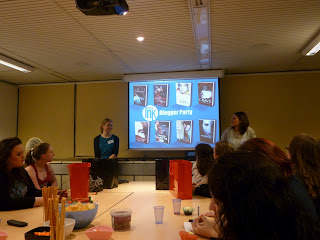 First we were shown New Girl by Paige Harbison, author of Here Lies Bridgit. New Girl is a contemporary retelling of Daphne Du Maurier's Rebecca. The main character is only known throughout the book as the 'new girl' at Mandalay Academy. She has just arrived after the popular girl Becca went missing. This book is published in May. 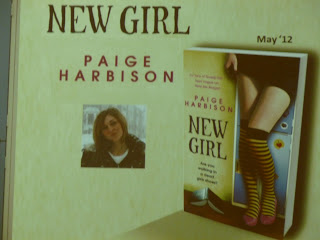 The Girl In The Steel Corset by Kady Cross had us all very excited. As we were lucky enough to get one of the only 30 hard back copies to be sent to the UK. This book will be loved by fans of Cassandra Clare's The Infernal Devices series, as this is a fantastic steam punk series.This is set in 1897, England; the main character is  16 year old Finley Jayne, who is attacked by a young lord. Finley knows how to fight back. This is out in June. 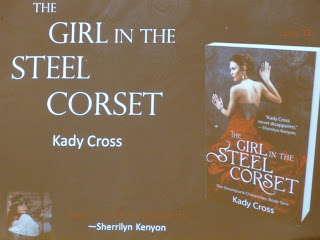 Next we got to see a special video from Rachel Vincent, author of the Soul Screamers series. She told us how the series began back in 2008, with each book dealing one with of the seven deadly sins. The sixth book Before I Wake will be published in July and will deal with the sin Sloth. 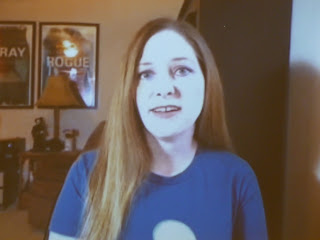 Rachel revealed the title of the 7th and final book in the series, which will be called WITH ALL MY SOUL. 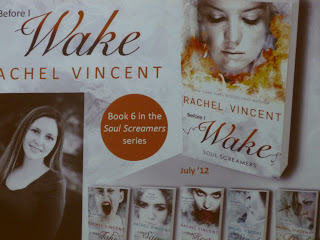 The next book to be shown was Crave by Melissa Darnell which will be published in April. This is known as the Clan series and deals with the relationship between Suzanne and the clan member Tristan. 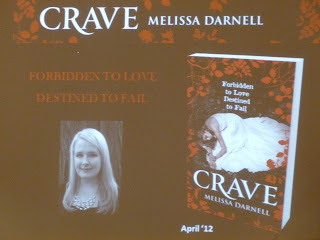 Pushing The Limits is a debut from Katie McGarry and will be published in August. This book is already getting amazing reviews . Echo has gone from being popular girl to freaky girl overnight and she can't remember. Everything changes when Noah enters the story. This is the first in a series  and will have a very special foil cover on it. 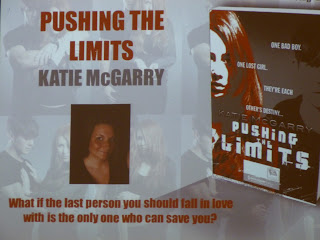 Katie McGarry made a video for us to tell us all about the book. She was really entertaining to listen to as she told us how the story just grew. 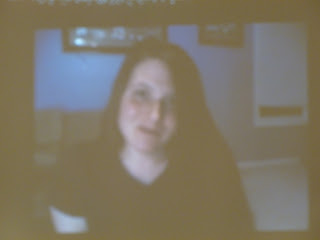 Saving June by Hannaha Harrington is also getting amazing reviews. This is Hannah's first book and she is well written and full of emotion. Harper Scott's sister was the perfect one, yet she took her own life. Her parents want to split her ashes, but Harper steals them and takes them on a road trip, where she finds out what really happened to her sister.  This is out in June. 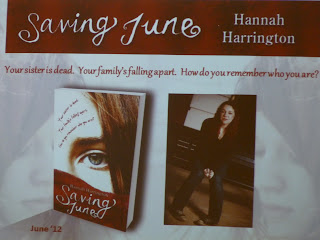 Hannah made a video for us to enjoy. She talked about the soundtrack she used to accompany the book which is made up of 19 songs listed in the book. The book was inspired by personal experience, and the writing is from the heart. 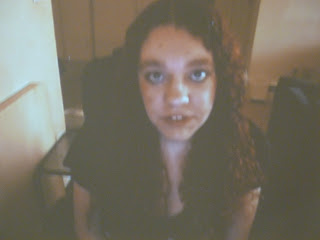 Spellbound by Cara Lynn Shultz is due for publication in September. I absolutely loved this book and I am presently reading Spellcaster the second book in the series. If you love witches, you will want to read this book. 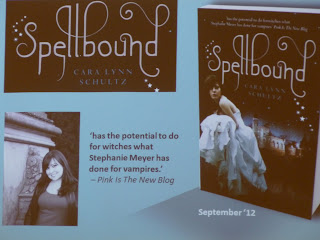 The Immortal Rules is the new book by New York Times bestselling author Julie Kagawa, who brought us the The Iron Fey series. This new series is about vampires, but not your lovely Twilights style ones. These vampires are more like the Bram Stoker ones, ruling the world and using humans as blood slaves. 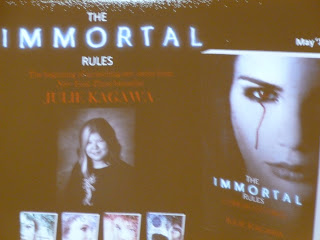 This will be published in May and has an amazing animated cover. Chapter samples are available in cinemas now.


We were lucky enough to get the chance to interview Julie via Skype.
She was asked why she had decided to write about vampires. Julie had always insisted that she wouldn't write about then, yet her agent suggested it on finishing the Iron Fey series.She me the characters to be old vampires, the ones that drain you rather than love you.
Julie told us that it took her 2 months to write the Iron King but now she tend to take about five months per book. Julie normally writes about 2500 words a day; when she is writing the first draft which normally takes a month, she tries to turn the internet off and avoid Twitter. 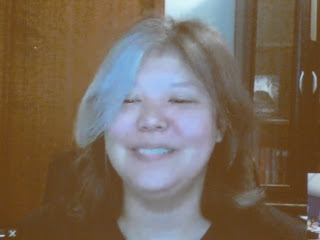 Julie told us that she had written one book before the Iron Fey series which was never sold to a publisher. At the time she was disappointed but hopes that one day it will sell. She likes to read fantasy books as well as dystopian and science fiction. The last books she read was Daughter of Smoke and Bone by Laini Taylor.
Julie mentioned that there will be a second Iron Fey series which will be Ethan's stories.   The author showed us one of her chickens she recently brought home. 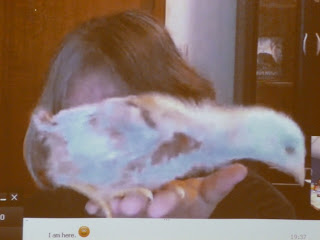 It was really amazing to talk to Julie Kagawa via Skype. She was really lovely, very friendly and kept us laughing. We were also let into the secret that we all had signed copies of An Immortal Rules coming our way very soon.
It was a fantastic evening.  A huge thanks to MIRA INK for a fabulous blogger party.
at March 27, 2012