Inspire Me! with Abi Burlingham, author of A Mystery for Megan

Today I am really pleased to have Abi Burlingham on my blog to discuss her inspiration for her new children's book entitled 'A Mystery For Megan', hopefully the first book of many in the Buttercup Magic series, which will be available to buy from the 26th of April . I have spoken to Abi quite a bit recently via Twitter and I am a big fan of her weekly blog posts which you can find here. 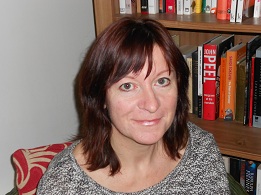 I have always been fascinated by the idea of other worlds, but also like to make the most of the real one that I am in. People have often described me as having ‘one foot in another world’ – I think this is fairly accurate – one foot somewhere mysterious, one firmly planted on terra firma!
The idea for Buttercup Magic actually came to me in a dream, a very lovely and strange one, but the story itself was also influenced by some of the books and TV programmes that I loved as a child. 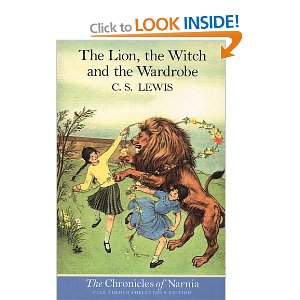 My favourite book was C.S. Lewis’s, ‘The Lion, the Witch and the Wardrobe’. I was enchanted by the magical world and by the fact that it was reachable through the back of a wardrobe. To my mind, this was saying that magic was just one step away, that it was available to anyone who let it in. I gladly let it in – my whole childhood was about escaping to other worlds, something I still continually do as a writer. I wanted to convey a similar sense of magic in Buttercup Magic. But, I wanted the two main characters, Freya and Megan, to remain in their world – one foot in, one foot out. 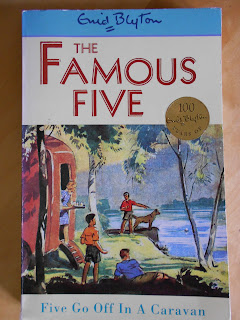 In this aspect, the books that most influenced this sense of adventure in the real world, were the Famous Five books, not any one in particular. I only had about five or six, as I remember, but the appeal of them was that the children always got wrapped up in some sort of mystery or adventure, and the reader would puzzle away to work out what this was. When I began writing Buttercup Magic, I realised that I wanted to combine these two ideas, the other worldliness of ‘The Lion, the Witch and the Wardrobe’, and the down to earthness of The Famous Five… so this is what I did - at least, I hope I managed to achieve that. 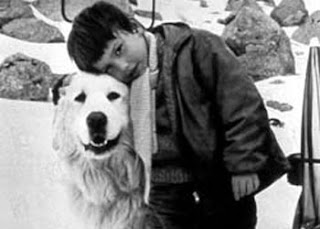 The biggest influence over one of the central characters, the big golden dog, Buttercup, was a wonderful programme I watched as a child called ‘Belle and Sebastian’. It was in French and was
about a little boy and his dog, Sebastian. I loved it! I loved any programmes about animals – ‘Black Beauty’, ‘White Horses’ and ‘Follyfoot Farm’ were all firm favourites. But Belle and Sebastian, partly, I think, due to it being in French, the music and the beautiful settings, completely captivated me. I loved Sebastian, the golden retriever; hence, Buttercup, became a golden retriever, which in turn inspired his name, the name of the house – Buttercup House -and one of the plot threads, that buttercups appear when Buttercup is around. 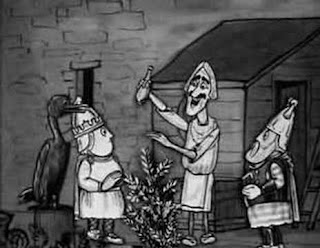 My all time favourite TV programme (and I have a DVD collection of them) was Noggin the Nog, by the wonderful and amazing Oliver Postgate and Peter Firmin. Although it hasn’t directly influenced the story of Buttercup, it so seeped into me that it subconsciously influences a lot of the things I write. Again, it was a programme I found completely magical, about another world, The Northlands, with the Nooks, Graculus – the huge green bird who would take to the skies - the Ice Dragon and the Flying Machine. Along with the gorgeous tones of Oliver Postgate, I would be completely mesmerised by it… I confess, I still am and can curl up in my chair and watch the DVDs for hours! 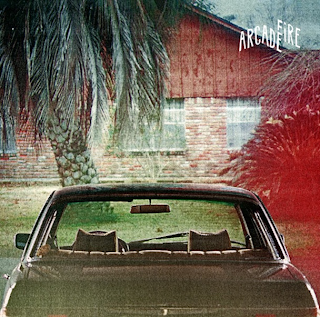 Buttercup Magic wasn’t especially influenced by any particular music. However, I was listening to Arcade Fire’s, ‘The Suburbs’ at the time. I hadn’t chosen it to go with the story though. At the same time as writing Buttercup, I was also working on an idea for quite a gritty novel, and The Suburbs suited it perfectly. So, I’d switch from the novel to Buttercup, while still listening to the same music. I don’t think any of the lyrical grittiness of The Suburbs seeped into Buttercup Magic, but the songs are very up-beat, and so is Buttercup, so maybe it did influence it, just a little bit! 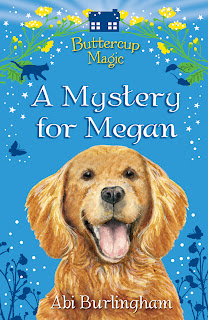 Thank you Abi for this post. It was definitely a trip down memory lane for me.