The Write Way with Gemma Malley

As the end of March saw the publication of The Killable, the first book in a new series by Gemma Malley, I am really pleased to have the lovely lady herself on the blog for an interview. 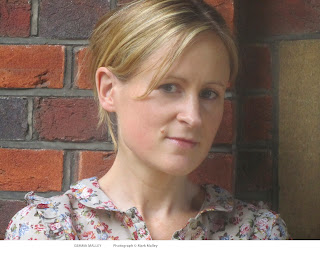 1) I was just reading that you have a new baby, how are you finding time to write at the moment?
Good question! It isn’t easy. But at least he naps from time to time…

2) The Killables is the first book in a new series for you, how are you feeling about it right now?
Very excited! I’m just getting out and about to talk about it which is always great because I get asked such interesting questions.

3) The Killables will be published at the end of March, can you tell my readers a little about it?
It’s a dystopian thriller set in a future where a war on terror which spiralled out of control has nearly destroyed the earth. A City has been established in the ruins of London where ‘evil’ has been cured with an operation to remove the bit of the brain responsible, but to the protagonists, Evie and Raffy, the perfect City that they live in turns out to be anything but…

4) You are well known for writing dystopian fiction but which dystopian books have you loved reading?
I like the classics – 1984, Brave New World. They both changed the world and are just as relevant today as they were when they were written. I love John Wyndam too; I’ve read pretty much everything he’s written.

5) The Killables has been compared to Delirium by Lauren Oliver and Matched by Allie Condie, how do you think they compare? Have you read either of these books?
I have to confess something here – I am desperate to read them both but haven’t managed it yet. Mainly because when I’m head down working I can’t read anything in the same genre as me in case I absorb it too much. However they are on the pile of books on my bedside table and I’m going to be jumping on them just as soon as I’ve signed off The Disappearances (the sequel to The Killables).

6) With five books under your belt, do you find the writing process gets easier with each new book?
Yes and no; I recognise more quickly now when something isn’t working and can usually figure out why. But the process of writing never really gets easier; for me, it’s all about story. When that’s write, the writing flows. When it isn’t, it’s like trying to drag a combine harvester through an oil field.

7) When writing a book, do you plan religiously or do you like to fly by the seat of your pants?
Plan, plan, plan, then let the book take its own course. If I know where I’m going, I can allow a few diversions and will take the scenic route!

8) Do you try and aim for a daily word target when writing?
Of course! And when I hit it, the day’s a great one. When I don’t… Well, never get in the way of a grumpy writer!

9) Do you edit as you go along or do you wait until the first draft is finished?
Both. I’ll always know when something isn’t right. Often I’ll start the editing half way through; it’s easier to finish a book when what’s behind you is as it should be. Only when I’m pretty happy with the book as a whole will I write the ending. Then of course I have to re-read the whole thing and start the process again….

10) When is your ideal time to write? Morning, afternoon or evening?
Morning or afternoon… I’m a morning person so in the evening I’m just not as together.

11) Which authors inspired you whilst growing up?
I loved anything with a philosophical edge to it that made me question the world I was in. Simon de Beauvoir is still one of my favourite authors.

12) If you could have written any other book in the world, what would it be?
I couldn’t. It would be like stealing someone’s essay and handing it in. The wonderful thing about a book isn’t just the book, but the genesis of the idea, the ownership you feel of it, the way you blush when people talk about the characters, like they’re your own children… It’s so incredibly personal. So I’ll just stick with admiring other books from afar, if that’s okay:) 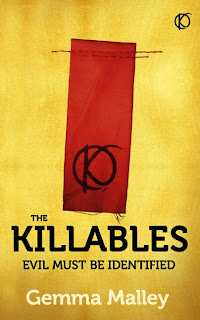 To find out more about Gemma Malley:

Check out the trailer for The Killables below.