A Day in London During Olympic Mania

On Saturday 11th of August, my family and I jumped on an Olympic fan packed train and bravely headed to London for the day, to soak up a bit of the Olympic fever. If I am honest, I was a little nervous about going into central London during the Olympics, but I really didn't have any reason to worry. The atmosphere was electric; everyone was friendly and their was a real unity and community spirit lacing its way through the crowds. Everyone was happy and enjoying the greatest show Britain has ever put on for the world. 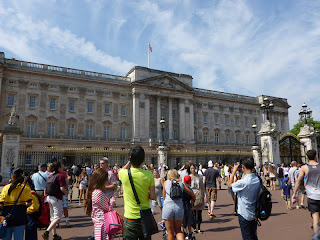 On arrival in London, we headed towards Buckingham Palace, as my kids had never seen it. We didn't realise that the men's Race Walk would be on and we were really pleased to be able to witness parts of the race. 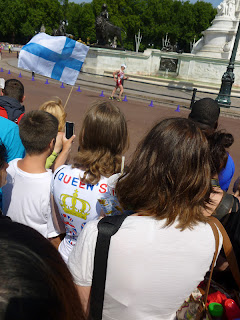 Everyone in the crowds were cheering every runner on. There was a international spirit to the event.
After walking through St James Park, we headed over to Westminster Bridge to see Big Ben and the London Eye. Everything was gleaming and glorious. It was quite obvious that London had been given a complete makeover and everything look shiny and new despite its age. 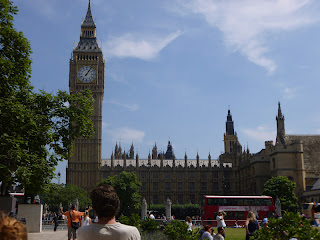 We walked across the Golden Jubilee bridge and headed over to the London Eye, which on close up inspection seemed as tall as Big Ben! I can tell you now I have no wish to go on it as it sooo high up and my vertigo would kick in, leaving my legs unable to move. 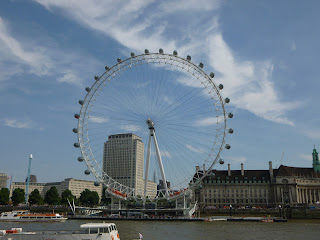 We were surprised to find that the London Eye, was the eye opening gateway to the Wonderland Park at South Bank. I have never ever been to South Bank and I was really surprised by how many different things were actually going on there. 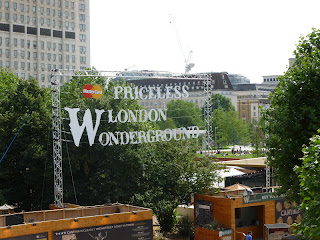 It was amazing to visit it by day, but I get the feeling it is rather magical at night, with its night time maze and burlesque cabaret. It reminded me of Church Street Station in Florida, which I believe no longer exists. 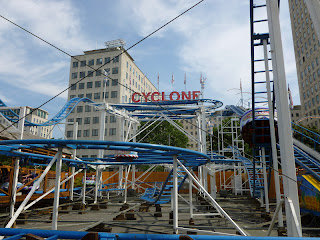 There are a range of rides there which I thought were quite expensive at £5 a go (£10 with a photo). Luckily my girls are not really into rides and only one of them wanted to go on this. 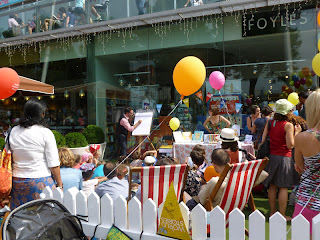 While in the Southbank I literally stumbled across the Family Fete held at Foyles for the publication of the Vintage Children's Classics. I had forgotten it was on and it was lovely to catch up with Lisa from Vintage and talk about the books. 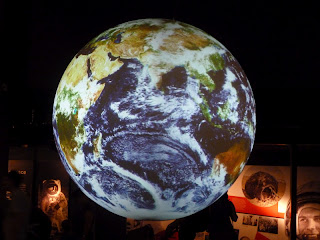 From the Southbank, we then headed over to the Science Museum. The kids love it there and really enjoy all the hands on experiments they can do it. It was lovely to spend a few hours here before heading off to watch The Lion, The Witch and The Wardrobe in Kensington Gardens, which will be a whole other post later on.
at August 20, 2012

Email ThisBlogThis!Share to TwitterShare to FacebookShare to Pinterest
Labels: london