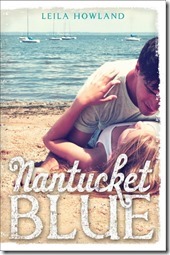 Even without Holly Howard and Dori Archer, who’d been suspended for drinking on campus, we were supposed to win that game.
Published by Disney Hyperion on May 7th
Pages – 304
Goodread Summary
For Cricket Thompson, a summer like this one will change everything. A summer spent on Nantucket with her best friend, Jules Clayton, and the indomitable Clayton family. A summer when she’ll make the almost unattainable Jay Logan hers. A summer to surpass all dreams.
Some of this turns out to be true. Some of it doesn’t.
When Jules and her family suffer a devastating tragedy that forces the girls apart, Jules becomes a stranger whom Cricket wonders whether she ever really knew. And instead of lying on the beach working on her caramel-colored tan, Cricket is making beds and cleaning bathrooms to support herself in paradise for the summer.
But it’s the things Cricket hadn’t counted on--most of all, falling hard for someone who should be completely off-limits--that turn her dreams into an exhilarating, bittersweet reality.
A beautiful future is within her grasp, and Cricket must find the grace to embrace it. If she does, her life could be the perfect shade of Nantucket blue.
*****
I had really high hopes for this book. The setting alone had me drooling. I love the sound of Nantucket since Josephine Angelini made it famous in her Starcrossed  series. It is a part of New England that I hope to see one day and the author really brings it’s quaintness alive in the story.  She describes the streets and houses so well, you can almost picture yourself there.
The beginning of the book was brilliant. I loved the close friendship between Jules and Cricket. It was  a really strong bond between them which you doubted would ever be broken. Unfortunately about a quarter of the way through the book their friendship dies and I struggled to believe it could end so easily. Jules went from practically begging Cricket to spend all summer with her to treating her like she was scum on her shoe. This gave me doubts about the future of the story.
I didn’t bond with Cricket either. She assumed she would be staying with the family all summer when most people would have realised it wasn’t a good idea. She was quite naive at times and that really niggle me too.
I did enjoy the growing relationship between Cricket and an unexpected admirer. That kept my interest until the end of the book. If that hadn’t occurred I might have given up on the book.
I think the story has a lot of promise, but the changes in attitudes of certain characters throughout the story were too dramatic for my liking. Jules and Cricket’s friendship never really recovers, which is a shame because what had occurred wasn’t worth losing your best friend over.   A bit of a disappointment but maybe others will enjoy it more.
at May 07, 2013