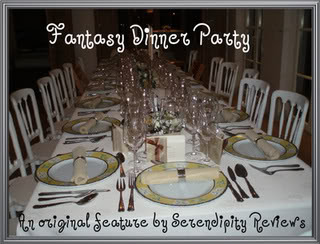 I am pleased to welcome Zeroes authors, Scott Westerfield, Margo Lanagan and Deborah Biancotti, as they settle in for the fantasy dinner party barbecue to celebrate the second stop on their blog tour.
***

For our fantasy dinner, we've envisioned a barbecue on a sunny afternoon. We'd each bring a plate, because it's the decent thing to do when going to someone's barbecue.

Deb: I'd bring salad. My go-to salad has a bit of everything in it. Whatever looks good in the vegetable aisle will usually be included. For drinks, a nice rosé, probably French. Dessert at my family barbecues usually features birthday cake, because in a large-ish family it's almost always somebody's birthday.

Scott: I'd bring angel hair pasta with salmon roe and dill in it. Also, real angel hair from a real angel. Not for eating, but to neutralize poisons. Or is that unicorn horns? I'd bring one of those too. 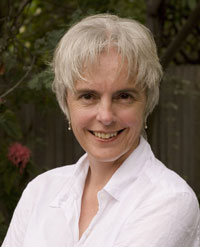 1. Imperator Furiosa from Mad Max: Fury Road. With all her experience in firestorms and burning war machines, she'd do an excellent job on the barbecue. Also her costume would set the right tone for the night—smart casual, slightly scorched and with touches of blood and grit.

2. Trudle the witch from my book The Brides of Rollrock Island. She's got a better sense of humour than the main witch Misskaella, and she would know all the gossip and really enjoy passing it on. And there would be no problem with leftovers; if she didn't help us finish off everything on the night (she's a woman of enthusiastic appetites), she could take the rest home to her many children.


3. I'm torn between Sally Ride the astronaut and Fred Watson the astronomer. We definitely need someone at this dinner party who can talk about the stars, either from direct experience of floating among them or from long years observing them. Because we all want to have our minds blown, as well as our tastebuds. 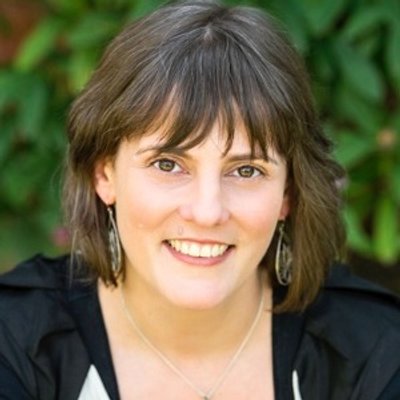 1. Noah from Jandy Nelson's book I'll Give You The Sun. He has such a wonderful and distinctive voice, I would love if he would just show up and voice even half the vibrant, unique thoughts in his head. And if all he wanted to do was draw instead, well, that would be cool, too.

2. Oscar Wilde, because I've heard he was even more witty in person than he was in his writing. His friends would apparently tell him, 'Oscar, dude, if only you could write like you talk.' Or similar. Man, I would totally want a dinner party conversation with Oscar Wilde if he's funnier than some of his plays. I wouldn't invite his friends, though: they sound like jerks.

3. Pete Crenshaw from The Three Investigators, possibly my first literary crush. I actually thought bookish Bob Andrews would be on my list, but given I could actually remember Pete's name and not Bob's (and of course anyone who read the books will remember Jupiter Jones), then I figure Pete must be my guy. 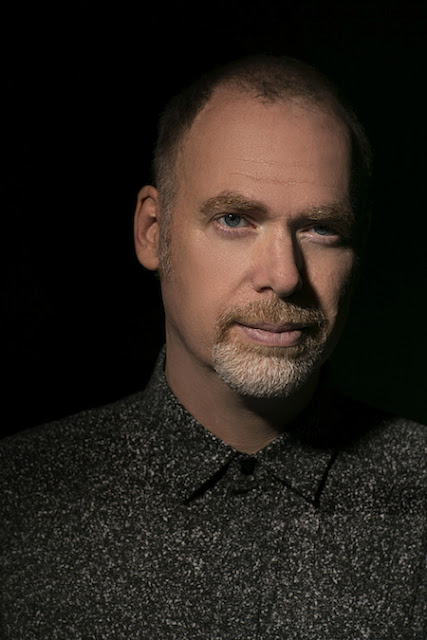 1. Charlotte from Charlotte’s Web. She taught me the value of language. Whether it's "Some Pig," or "I love you," or "Don't touch that wire!", the right words at the right time can transform lives, or even save them. She might take a while to weave what she wanted to communicate, but the wait would be worth it. Also, everyone would point at me and say, "That dude has literate spiders at his dinner parties."

2. Agent Carter, because she is kick-ass and always well attired. Plus, she'd bring some cool gadget of Howard Stark's for us to play with after dinner. No way that could possibly go wrong.

3. Mary Jane Paul from Being Mary Jane because she cares passionately about her job, justice, and her friends. Also she’d probably get tipsy and deliver a truck load of truth. 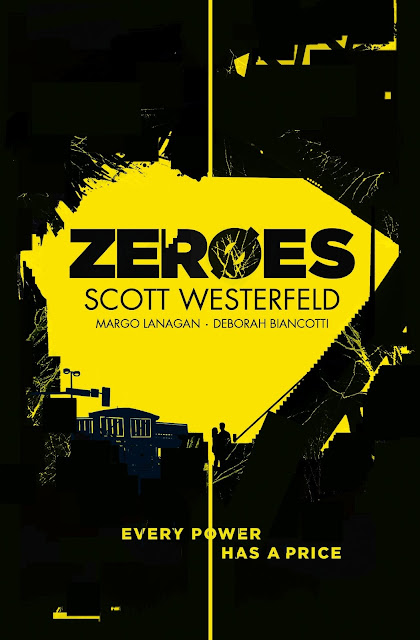 Summary
Ethan aka Scam has a voice inside him that'll say whatever people want to hear, whether it's true or not. Which is handy, except when it isn't - like when the voice starts gabbing in the middle of a bank robbery. The only people who can help are the other Zeroes, who aren't exactly best friends these days.
Enter Nate, aka Bellwether, the group's 'glorious leader.' After Scam's SOS, he pulls the scattered Zeroes back together. But when the rescue blows up in their faces, the Zeroes find themselves propelled into whirlwind encounters with ever more dangerous criminals. At the heart of the chaos they find Kelsie, who can take a crowd in the palm of her hand and tame it or let it loose as she pleases.
Want to follow the authors on Twitter?
Scott Westerfeld
Margo Lanagan
Deborah Biancotti 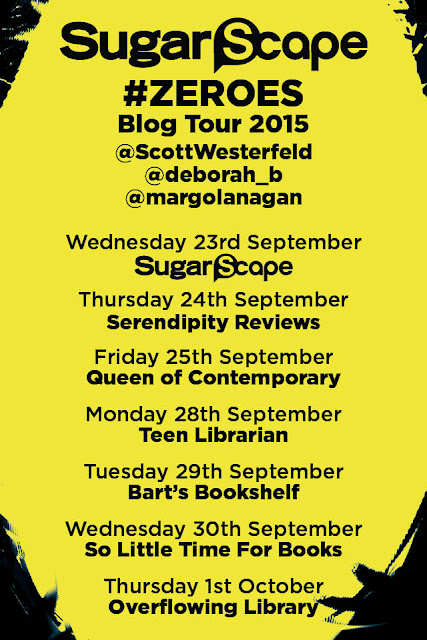