First of all, I have to say Happy Halloween week!!!!

I hope you are ready for some spooktacular posts from some of your favourite authors. Not to mention the contributions from the lovely book blogging community! And to end the week we have a very special post on All Hallows Eve with some very special witches authors!

So let's not waste time! My first post this week is with author, Helen Grant as she takes on the Scary Six.  Helen Grant is the author of The Vanishing of Katharina Linden, The Glass Demon and Wish Me Dead. Her most recent novel is Urban Legends, the third book in the Forbidden Spaces trilogy, which was published by Corgi earlier this year. 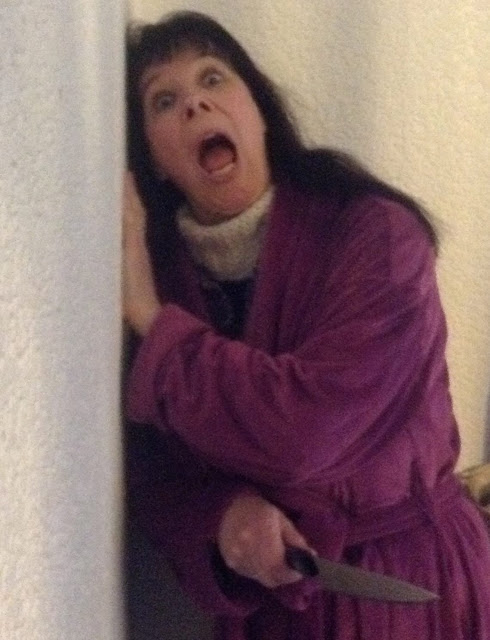 Scary Six consists of a long list of spooky questions. Each author who took part were allowed to answer six questions. Here are Helen Grant's answers.

What used to frighten you as a child?
When I was a kid I once watched an animated film called The Point, and that scared me half to death. It came out in 1971 – I’m not sure how soon after that it was shown on British television but I was quite young when I saw it. The strange thing is, it isn’t even a horror film. It’s about a young boy called Oblio who is the only normal person in a world where everyone else has pointed heads. He goes on some kind of quest to find other people like him and meets various bizarre characters like a man who is made of rocks and three enormous women like bouncy balloons. I still don’t know what it was that frightened me so much about this film but there is no way even now that I could consider re-watching it. Just thinking about it gives me a cold feeling in the pit of my stomach and makes my palms perspire! It was just horrible.

Have you ever been in a graveyard at night?
Ha! Yes, quite a few times, most memorably on Hallowe’en 2013. I spent the evening at the Library of Innerpeffray, which is not far from where I live in Scotland. I was reading from some ghost stories I had written about the library, and I was all dressed up in a black velvet cloak with a cowl just so I’d look the part. One of the people who attended was an American professor who was temporarily at the university of Stirling, and I said I would give him a lift back to Stirling afterwards. I happened to remark that it was a shame it was after dark as there was a very interesting ruined church on the back route to Stirling, and he said, “Why don’t we go and see it anyway?” so we did. I parked at the side of the road and we went around this ruined church and graveyard full of mossy tombstones, and while we were doing that, it started to rain. When we got back to the car, it was stuck in the mud!! We spent ages trying to get it out but nothing worked so in the end I had to try to flag someone down for a tow. So there I was, on Hallowe’en, on a deserted country road miles from anywhere, in the pitch dark and rain, standing outside a graveyard wearing a black evening cloak, trying to flag people down. Seven cars went past without stopping!!! Luckily the next people to come along were two guys transporting a racing car and they did stop. They also had a tow rope so they were able to haul my car out of the mud. I have to say I was more worried about never getting home at all than seeing ghosts that night!

What is the scariest film you’ve ever watched?
I think I would have to say The Ring (US version). There are probably films out there that would horrify or disgust me more than that one, but I don’t like watching films with extreme violence in them. I prefer creepy scares and I think The Ring is supremely creepy! It’s about a haunted video. If you watch it, you die seven days later. The film begins with a couple of teenagers alone in a large house. One of them watched the video seven days before and – whatever happens to people after seven days happens to her. You don’t really see what. At the end of the film you find out. I guess the film is so well known now that most people do know what happens at the end of the seven days, but I didn’t know when I first watched it, and I just about had a heart attack. I was on my own at home with the kids (who had long since gone to bed) and I was very close to the TV so that the sound track wouldn’t wake them up. When “that bit” happened, I was so frightened I actually backed away from the TV! And then I was afraid to go in the bathroom by myself later on!

Have you ever seen a ghost?
I’m not sure I believe in them at all (even though I love ghost stories, and also write them myself). However, I did have an experience that was very hard to explain. My teenage daughter and I went to Mary King’s Close, a tourist attraction in Edinburgh. It’s basically an underground street with lots of underground buildings connected to it. You go through a series of rooms and it’s quite dark and gloomy. You also pass the top of the “close”, a very steep section of street. When we passed that bit, I looked down and saw a bunch of people standing at the bottom looking up. In the low light they all looked very grey and unsmiling, and they were all just standing there, shoulder to shoulder. I assumed they were another tour party, ahead of us. I remember thinking that it was the one genuinely creepy moment in the tour. I didn’t find the rest of it particularly scary – if it had been well lit it wouldn’t have been scary at all. But looking down at those people was pretty creepy. Anyway, we got to the end of the tour and I was talking to my daughter about it, and saying that I thought that that had been the only scary bit, and she looked at me and said, “But there was nobody there.” She swore there had been nobody standing at the bottom of the close at all; in fact she says she remembers being able to see right down to the end of it.

I have no explanation for this, though if someone else told me this story I would probably think they had an over active imagination or something! Anyway, my daughter still likes to tease me about it by quoting The Sixth Sense: “I see dead people.”

Where is the scariest place you’ve ever been?
I love to explore ancient or ruined buildings and there was one that gave me a real fright. The librarian at the Library of Innerpeffray told me there was an old graveyard on the back road to Auchterarder – she knows I like poking about in those sorts of places – so my daughter and I went to have a look. We found the graveyard alright – it was very neglected-looking, with the tombstones all covered in moss and lichen, and there was no sign of a church or chapel, which was a bit disappointing. There was just a big clump of trees, a little mausoleum and all these old graves. Anyway we went in to take photographs and after we had looked at all the tombstones I said to my daughter that we should check on the other side of the clump of trees, in case we had missed any. So we started to go around it, and I happened to look down, and underneath all the hanging branches you could see a grey stone wall. There was a church there, it was just so overgrown that you couldn’t see it! So that was a little bit spooky to start with. We decided to go right around it and when we got to the other side, there was a gap in the vegetation and you could actually get inside. So we did, and there was this open space with ivy growing all over the floor. In the middle of this open space someone had left an old armchair and that had ivy growing all over it too, which was a bit nasty. While I was examining the chair, my daughter said, “What’s that?” and I turned round and actually screamed! Underneath all the overhanging branches there was a pitch dark doorway into the innermost part of the church. I just wasn’t expecting it to be there, and it gave me the fright of my life. Of course I couldn’t resist going in for a look, but I made my daughter stay outside because you never know with old buildings, they can be dangerous. There were trees growing up through the floor, and dried-out creepers hanging from the ceiling, and broken bits of gravestones and masonry everywhere. It was spectacularly creepy. I was just tingling with fear the whole time I was in there! But I had to see. 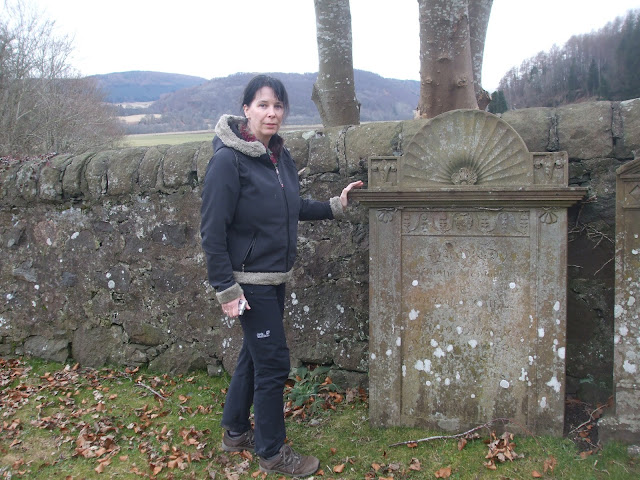 Which book would you recommend to read on All Hallows Eve and why?
I’d recommend something classic like the ghost stories of M.R.James, because for me, Hallowe’en is pleasurably spine-tingling – it’s fun. I want my flesh to creep but I don’t want to be grossed out. The other book I’d definitely recommend is Sleep No More by L.T.C. Rolt. Some of the stories in that really scare me. Unlike M.R.James, L.T.C. Rolt liked to use industrial settings like mines, railways and factories, and I think he uses them brilliantly. There is one story called Bosworth Summit Pound that is about a canal tunnel, and that is extremely creepy. Imagine this: a man on a boating holiday ties up for the night near the tunnel, though the locals tell him to moor somewhere else. During the night he dreams he is standing on the bow of the boat looking into the tunnel and he sees something dreadful. Then he wakes up, and he really is standing there, shivering in his nightclothes and staring into the dark mouth of the canal tunnel. Brrrr! I won’t spoil it by saying any more but that would be a great story for Hallowe’en. I’ve walked through the Falkirk canal tunnel a couple of times myself, and it always makes me think of that story, and not in a good way! 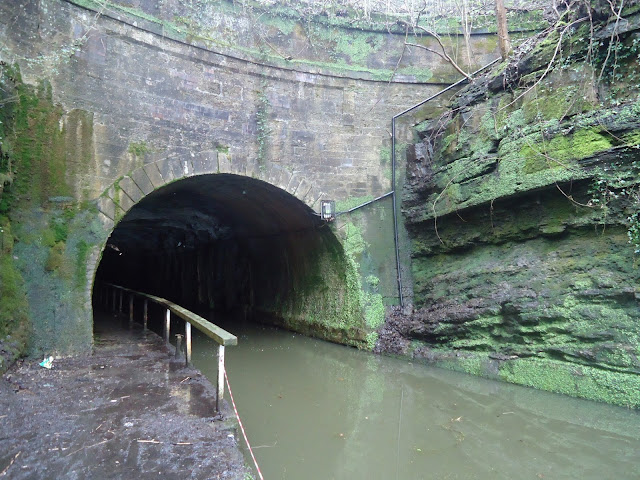 Thanks Helen for some great answers. I am totally with you on The Ring! I still shudder when I think of that film! 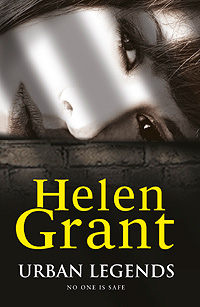 Published by Corgi in March 2015
Summary
A group of story-tellers are disappearing one by one.
A young woman is haunted by her past.
A serial killer has one target he is desperate to hunt down.
Veerle is trying to lie low, to live as 'normal' a life as she possibly can. But when you've thwarted a serial killer, it's hard to do this. Especially when he wants revenge . . . 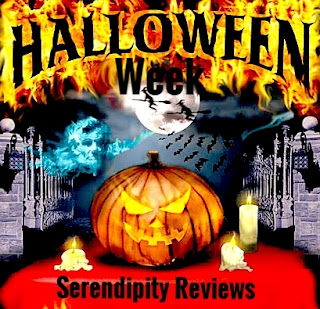