I'm so pleased to welcome the fabulous editor and awesome author, Catherine Coe onto the blog today, to talk about her childhood daze. 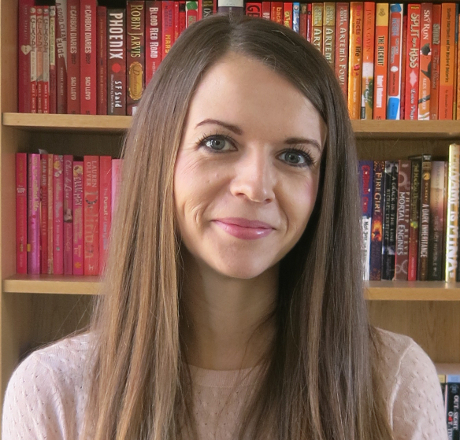 I’ve always been surrounded by stories – and by that I don’t mean only books. I grew up during the 1980s – a time of extremely questionable hairstyles, the first computers, and Kylie and Jason. But while I embraced all of those typical things, it was stories that I loved most of all. I put a lot of this down to my close and extended family – we were (and still are) very close.
“Tell us a story, Grandad,” was a phrase I (and the rest of his grandchildren) would repeat over and over and over. Eventually we’d get told to leave him alone, to give him a break from his tales, but they were so enthralling, so vivid, we always wanted more – whether they were real stories of his adventures in Africa during the war, Punch and Judy puppet shows, or tales of talking animals that he’d come up with on the spot. He’s no longer with us, but his stories will be remembered for a very long time.
Similarly, one of my aunts was a teacher at my primary school, and my favourite times of the week were when she’d gather the classes together for storytelling with a puppet called Billy Bear. Auntie Bina created wonderfully compelling adventures, just like my grandad, and these had a great impact on me – in fact the first Unicorns of Blossom Wood book is dedicated to her.
And then there was the actual reading. I always had a book on the go, and hated the thought of not being able to read at every available opportunity. I’d always leave one in the bathroom – where I thought it was hidden behind the toilet cistern (it most definitely wasn’t!).
I’d read anything and everything at the breakfast table – cereal packets, adverts, even ingredient lists on the peanut butter and jam. We’d go to the library every week, and I’d race through the maximum six books before the week was out. My mum and I read together most nights, and some of my fondest memories are of being tucked up in my bunk bed, taking it in turns to read Matilda with her. I still have the copy. 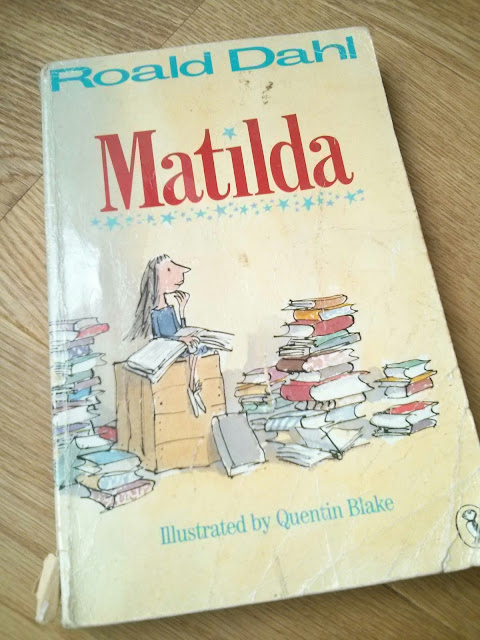 I always knew I wanted a job where I’d be surrounded by books. When I was young, my dream job was a librarian – my sister and I played libraries a lot (we still have some of our books that were adorned with our ‘stamps’). I didn’t quite do that – but I did become a children’s book editor. Yet once I was an editor, I realised I wanted to write too, and specifically for younger children – because I could remember the magical moments of first being able to read myself and devouring book after book, where the characters would become like friends (Winnie-the-Pooh comes to mind) and I’d be transported to fantasy lands (number-one favourite: The Magic Faraway Tree).
So when start a new book, I think back to being seven years old again, and write what I would’ve liked to have read. I create characters I hope readers will love, and fantasy lands I hope they’ll want to explore. In the Blossom Wood books, I write about children who turn into owls and unicorns, because being able to imagine being something you aren’t – such as being able to fly or have magical powers – is one of the best things about being a child. And, really, it means I never have to grow up. 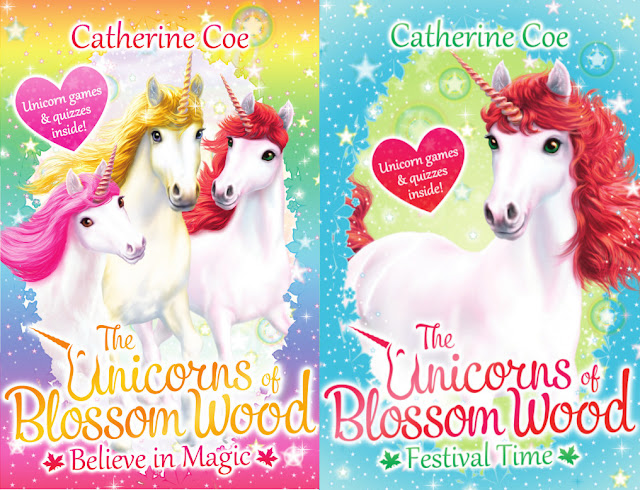 The first two books in Catherine’s new Unicorns of Blossom Wood series, Believe in Magic and Festival Time, publish on 1st September. Make sure you check out the website for the Blossom Wood series here.
To find out more about Catherine Coe:
Website / Twitter