In the run up to YA Shot in October, I am pleased to welcome author, Lisa Williamson onto the blog.
Lisa wrote The Art of Being Normal which went on to be one of the biggest selling books of 2015. The Art Of Being Normal was also nominated and shortlisted for numerous awards, including the YA Prize and the Carnegie, before it went onto win the Waterstones Children's Book Prize in the Older Fiction category. 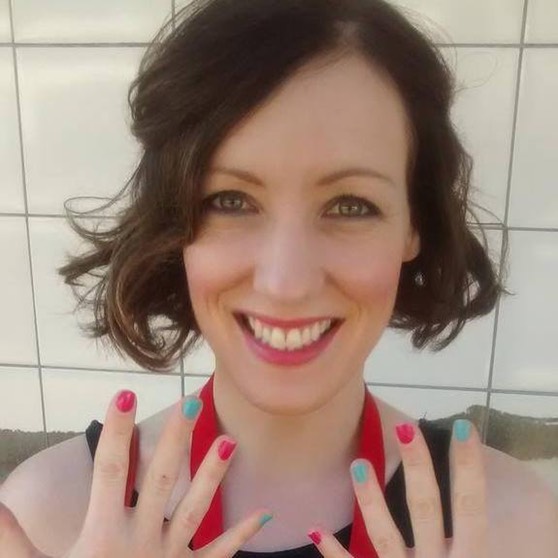 I'm putting this out there now, this is a very US-heavy list. As a teenager in the nineties with no access to the Internet, my reading choices were largely dictated by what I found in my local library or on the shelves of WHSmith, and for whatever reason these were mostly American titles. At the time this suited me just fine – I was obsessed with the USA. I had a map of the country on my wall, knew all the state capitals by heart and spent my spare time binge-watching video-taped episodes of Saved by the Bell and Out of This World. I was also capable of a pretty nifty American accent. Looking back though, there was often a disconnect between me and the characters in the books I was reading. I didn't necessarily know it at the time, but I would have killed to have more opportunities to read about a teenage experience a bit more like the one I was actually living. 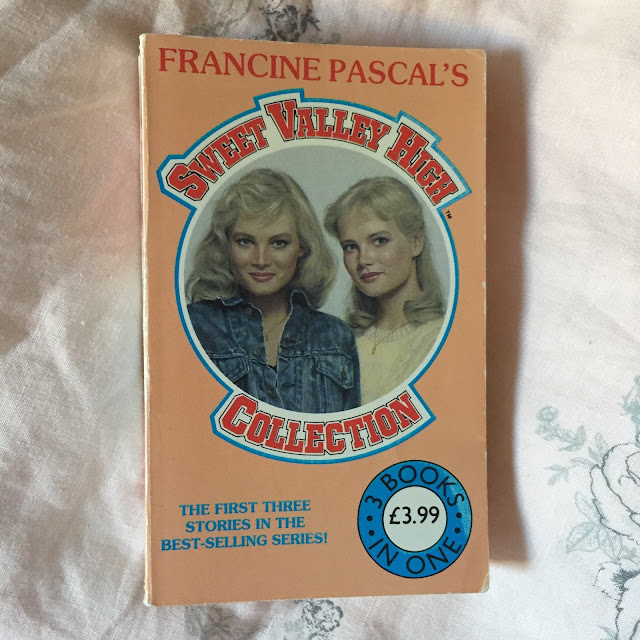 I don't think there were many bookish teenagers in the eighties or nineties who managed to resist the lure of Jessica and Elizabeth Wakefield, twin stars of the Sweet Valley High series. Growing up in suburban Nottingham, I had zero in common with their glamorous Californian lives filled with proms, handsome All-American boyfriends and trips to the mall (spiced up with the occasional kidnap attempt), but that didn't stop me from devouring every title I could get my hands on. I mostly relied on the library to indulge my passion but every so often splashed out on a copy to keep, building up a small but treasured collection of titles. I still have them all in a box at my parent's house, each of them slightly yellowed, the spines well and truly broken from dozens of re-reads over the years. They've dated terribly of course (just check out the eighties hair-dos on the covers) and the twins's behaviour is highly questionable throughout, but nostalgia ensures I will always have a place in my heart for the residents of Sweet Valley, California. 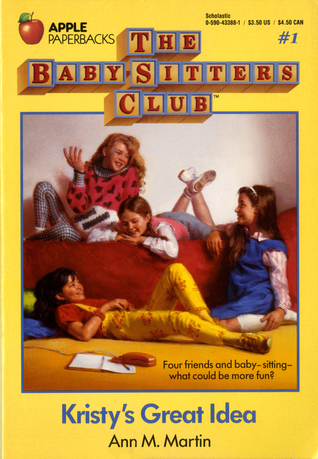 Another series I adored was The Babysitter's Club. Again, my collection had loads of gaps, forcing me to re-read the titles I was lucky enough to own, over and over again, to the point I could probably recite entire passages by heart if the situation demanded it. The series charted the adventures of a group of babysitters living in the idyllic town of Stoneybrook, Connecticut. As a babysitter myself, I was massively jealous of their club and its vast array of clients. My favourite title were always the holiday specials when the babysitters would leave Stoneybrook and, for example, blag a cruise round the Bahamas or go to Disney World, always squeezing in a spot of babysitting along the way. I recently attended a YA Salon event where Ann. M. Martin, creator of the series, spoke about its inception about five feet away from me. It nearly blew my tiny mind. 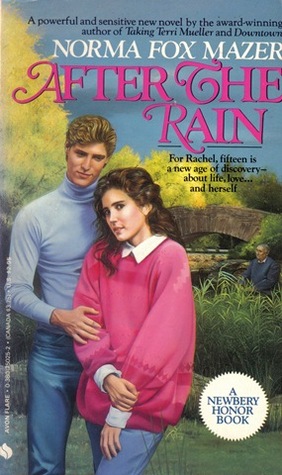 Confession. I liked this book so much I stole it from the school library. It's called After the Rain by Norma Fox Mazer and I must have read the kissing scene in it at least one hundred times. It's not even a very hot kissing scene, more sweet and a bit clumsy, but as such it seemed a lot more attainable than the sort of passionate clinches Jessica and Elizabeth Wakefield got themselves into. Also, the love interest isn't a total hunk. He's quirky and a bit nerdy and Rachel (the protagonist) isn't even sure if she fancies him that much but somehow this sense of realism just really did it for me. I think the fact that Rachel is a bit of a worrier, just like I was as a teenager, also appealed. It's a quiet book where nothing much happens, in fact I can't even remember how it ends. If I'm totally honest, twenty years on, all I can really remember is the kissing bit. 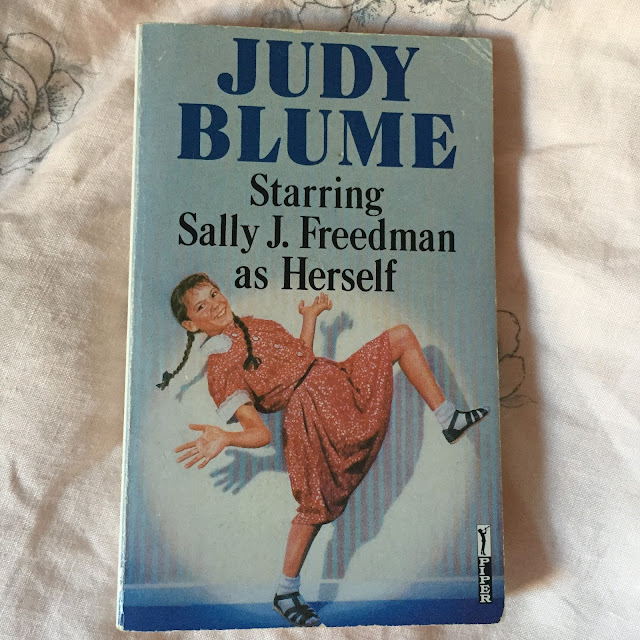 Reading my first Judy Blume book was a very special experience. I remember getting to the end and thinking, 'finally, someone who gets it!' and making it my mission to read as many of her books as humanly possible. Judy writes kids and teenagers in such an honest, truthful way that, in my opinion anyway, only a few other authors have really come close to nailing. If I had to pick my absolute favourite of her titles, I'd have to go with Starring Sally J. Freedman as Herself. There's so much I love about this book – Sally's voice, the period detail (it's set in post-war Miami), the characters, the humour. I got my battered copy signed by Judy herself last year and breathlessly told her it was one of my favourite books in the world. I bet she hears that all the time but it totally made my week to be able to tell her in person. 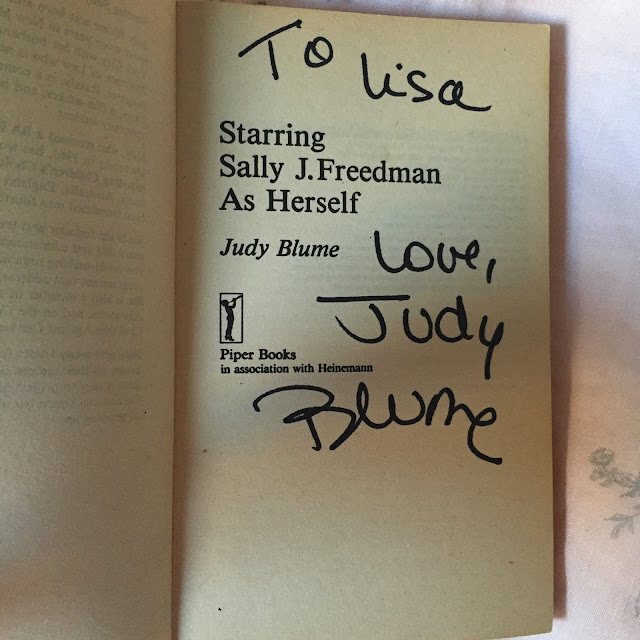 Does what I read as a teenager tie in with the sort of YA I write as a thirty-something adult? Most definitely. Although I loved the escapism of Sweet Valley, the reads that really got under my skin were the ones I could imagine slotting myself into in some way or another. There's something hugely powerful about being able to see yourself in a book, which is why I suspect I'll always be attracted to writing about the sorts of characters who typically don't get to be the star of the story.
Thank you Lisa, for sharing all the books that got you through your teenage years. I love the cosplay photo! 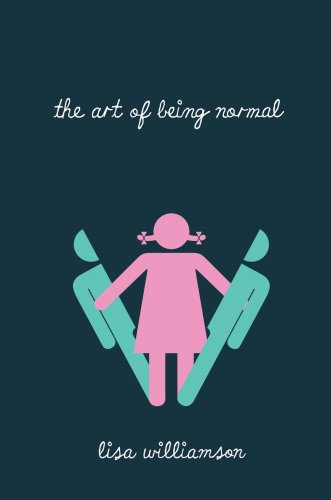 Summary
Two boys. Two secrets.
David Piper has always been an outsider. His parents think he’s gay. The school bully thinks he’s a freak. Only his two best friends know the real truth – David wants to be a girl.
On the first day at his new school Leo Denton has one goal – to be invisible. Attracting the attention of the most beautiful girl in year eleven is definitely not part of that plan.
When Leo stands up for David in a fight, an unlikely friendship forms. But things are about to get messy. Because at Eden Park School secrets have a funny habit of not staying secret for long…

Congratulations to all the #YAShot team for creating such a mega blog tour with so many amazing authors.
Make sure you check out all the other stops on the #YAShot blog tour here.
And you can buy your #YAShot tickets here.

Email ThisBlogThis!Share to TwitterShare to FacebookShare to Pinterest
Labels: #yashot, judy blume, lisa Williamson, sweet valley high, the art of being normal, YA From My Youth