As part of the blog tour for The Siege of Caerlaverock, I am

Barbara Henderson who has written a piece about why she

chose to write about a female 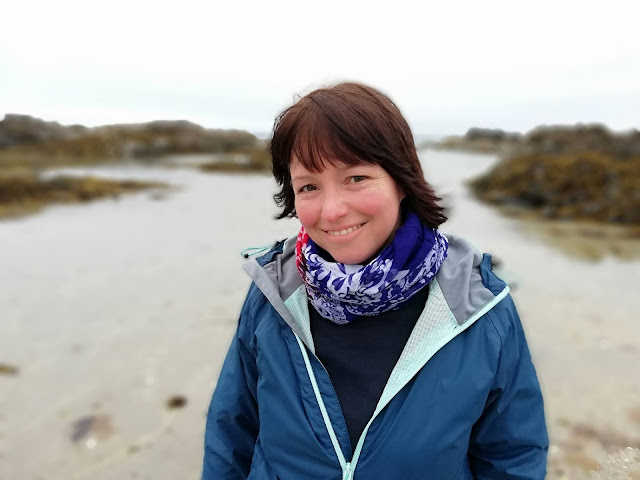 When I approached writing my medieval Middle Grade adventure, The Siege of Caerlaverock, I came across a few things which surprised me.

1.       There were not many children’s books set in the Middle Ages

2.       There are very few medieval books set in Scotland, the so-called Land of Castles

So it was settled. Not only was I going to attempt a medieval manuscript set in Scotland, I was going to give my story a female heroine. The detective work began. It seems that castles really were male domains - unless they were royal palaces. However, some females did live in castles. Noble ladies, their ladies in waiting… but none of that was good enough for me! I wanted a lower-class female (servants have MUCH more access to information!) and I needed her to be around twelve or thirteen years of age for the Middle Grade sweet spot. 8-12 year olds like to read about heroes and heroines just a little older than themselves. 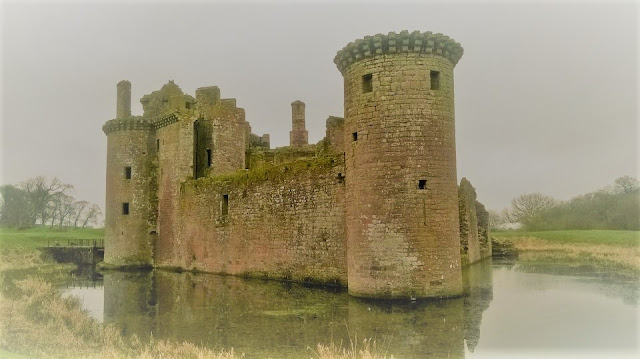 Time to call in the expert: I met with a university lecturer whose specialism was females in medieval royal castles. I contacted her department and simply asked, and to my astonishment, she agreed to meet for lunch. That lunch was one of the best investments I ever made. Not only did she give me a lot of relevant information, but she also knew exactly who would know the answers if she did not. Over the coming days, a constant trickle of Twitter messages appeared, full of random details and likelihoods about medieval life.

As a result, the manuscript needed some revisions. For example, I had foolishly assumed that the castle cook was going to be a woman. How wrong I was! No, cooking was much too important a job to be entrusted to a woman – you needed a man for that job. As a result, the castle cook ‘Mum’ in my original draft became ‘Dad’ - and ‘Dad’ seemed nowhere near old-fashioned enough. ‘Dad’ became ‘Fa’.

I was making progress – it turned out that there were female washerwomen, called ‘laundresses’, and also brewing seemed to be a girl’s job. As it’s a kids’ book, I plumbed for the laundress as a main character – after all, I didn’t want to introduce a generation of young readers to the secrets of home-brewing and be held responsible for the consequences! 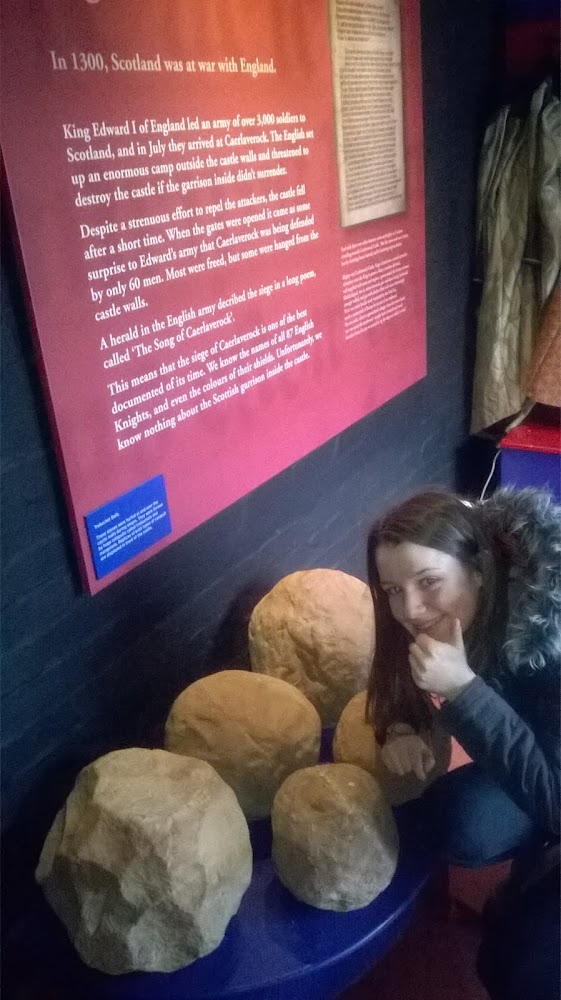 The heraldic poem on which I based my book mentioned the ‘Lady of the castle’ specifically, but not the Lord. In the light of this, it seemed fair to assume that the current Lord Maxwell was from home and his lady had been left behind. I was so excited when I realised that the decision-maker in this siege crisis was probably a woman! And the best bit was that I didn’t have to force the agenda at all – the source material told me so.

Of course, there is still plenty of male action in the book. The most significant side character is a young boy called Godfrey, only eight years old and already sent away from home to train as a page, then a squire and finally to become a knight. He becomes an invaluable ally to Ada, my laundress.

There are others. Ada makes frequent reference to St Hunna, the patron saint of laundresses, and Ada’s absent mother has also shaped her life and outlook significantly. The most important thing for me is that Ada needed to have agency - the power to make a difference in the real-life event I am describing. In July 1300, the King of England and his 3000 soldiers besieged a border castle with only 60 to defend it. Rocks crashed into the castle walls, flaming arrows flew - and my 12 year-old influences events far beyond her station.

I hope that in The Siege of Caerlaverock, I’ve created a medieval story which contains everything we love about the period – the sumptuous clothes, the conduct determined by chivalry and bravery, armour and weapons and horses and battles. But I also hope that any girl drawn to these types of stories (as I was) will find something to recognise in the narrative.

Girls are now, thankfully, brilliantly visible in contemporary fiction in the UK.

Time for historical fiction to catch up, don’t you think? 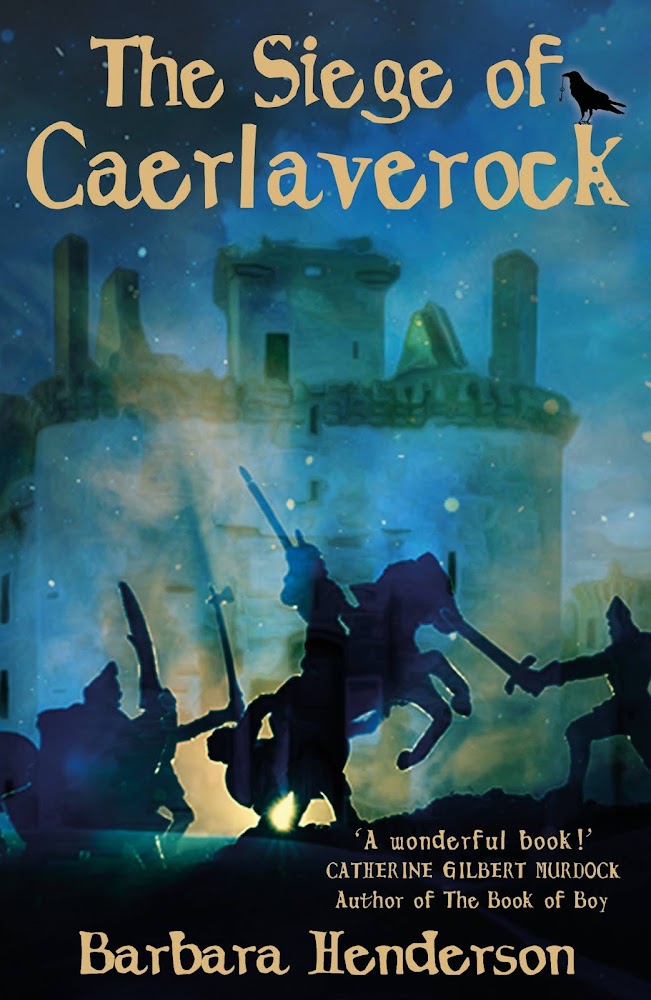 If you would like to catch up with the other blogs on the tour, here are the other stops. 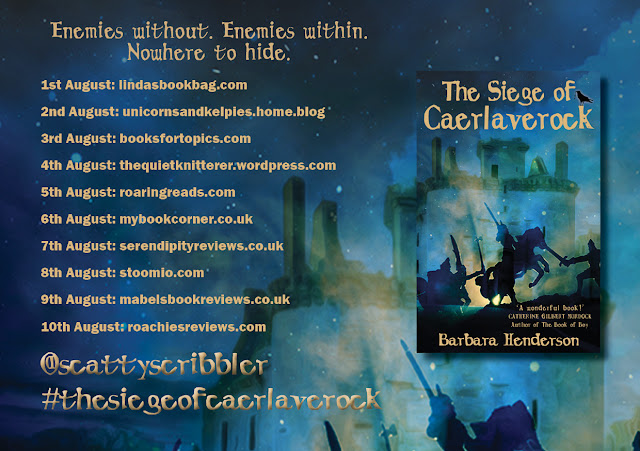