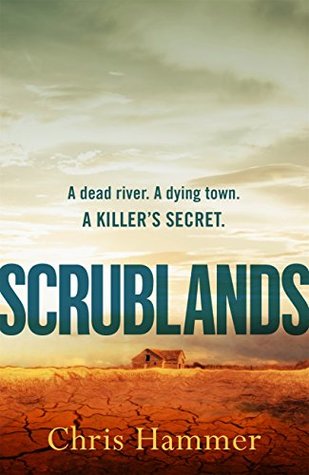 I was gifted this book by Tandem Collective as part of a read along.
A year after the mass shooting in Riversend, journalist Martin Scarsden visits the town to find out how the residents are coping after their beloved priest shot down five innocent people, before being killed by his friend.
Set in Australia, this book makes you feel the unbearable heat. There's a drought and the town in dying. Throw in a rather nasty bush fire and you find yourself reaching for water.  If that isn't enough, there is an oppressive tension in the town which makes you feel uncomfortable.
All the characters have secrets. No one seems to want to tell Martin the truth, so he has to work hard to find out what really happened. But Martin has his own issues. After a traumatic experience the year before that not only nearly cost him his career, but his life too, he's struggling to find himself again. He knows the events of the past have changed him and he can empathise with the residents after such a traumatic situation.
This book has some amazing descriptions and detailed analyses of the characters. By the end of the book, you feel like you know them and understand their motives and you can't help but forgive them for their sins.
I enjoyed the book but I read it at speed and I think this book needs to be read slowly to really get to grips with the intricate and intense emotions of the characters. It reminded me a lot of The Harry Quebert Affair.
There is a sequel now available called Silver which is out now. If you are a fan of crime novels then you will love this one.
at September 11, 2020