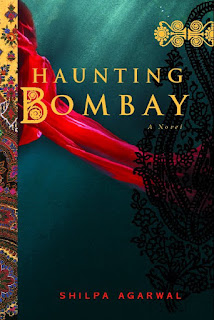 I have seen four books that I would really like this week and one of them I just had to buy straight away.

Haunting Bombay - is a literary ghost story set in 1960’s India that tells the tale of three generations of the wealthy Mittal family who have buried a tragic history and the ghosts of the past who rise up to haunt them.

Can't remember which blog I saw this on this week, so if you talked about this book this week, let me know and I will add a link to your site.

The Reincarnationist by M. J Rose - found this one on Bloduedds site which is here.

The blurb from the site about the books is....

Photojournalist Josh Ryder survives a terrorist's bomb, only to be haunted by near hallucinatory memories of a past life in Rome as a pagan priest whose dangerous congress with Sabina, one of the Vestal Virgins, poses a transgression so serious the lovers will face a certain death if exposed. Scents of jasmine and sandalwood and images of furtive liaisons and violence descend on Josh at will, pulling him to an ancient yet strangely familiar Roman burial chamber harboring the remains of a woman clutching a wooden box.

I love the idea of this book. Reincarnation is a subject that has always fascinated me. 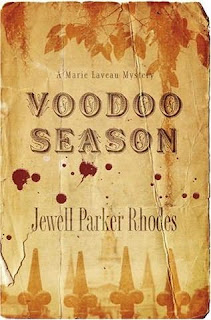 Voodoo Season by Jewell Parker Rhodes - I found this on Stuff As Dreams Are Made Of which is here.

This is the one I just had to buy as the library had never heard of it and I really wanted to read it for my Southern Reading Challenge.

Here is the blurb from the back of the book.

Voodoo Season revisits the mystical landscape of New Orleans - and it's most famous Voodoo priestess, Marie Laveau. This is the second book in the series but I get the impression in can be read alone as it is about her great great granddaughter, who is compelled by unseen forces to leave her medical career in Chicago behind and return to her roots. But once she arrives in New Orleans, Marie is both seduced and horrified by this mysterious landscape whose slave-holding past merges with the spoils of the twenty first century. 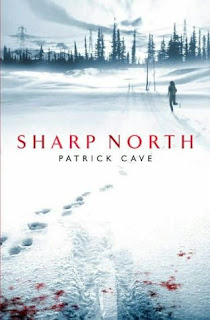 I found this one listed in the back of Valiant by Holly Black and I was instantly attracted to it.

Here is the synopsis of the book.

Mira lives quietly in a remote community in Scotland - until one day she witnesses a stranger running for her life through the forest. Shot and killed in front of her, the woman's body is quickly removed, the only clue to her death a crumpled piece of paper, and a spot of blood in the snow. Mira discovers the paper contains a list of names, including her own, with another name she recognizes and the word 'watcher' alongside it. Shocked, Mira suddenly begins to view her community with suspicion - and what she discovers throws her whole world into confusion...


So these are the four fabulous books I am looking forward to getting my hands on in the not too distant future. They all seem to have a spooky supernatural theme to them this week. What books are you pining for this week?
at June 05, 2009