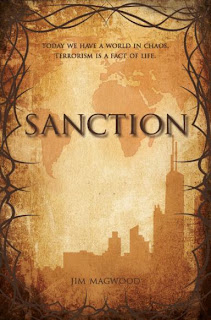 Pages 309
Published by Tate in 2008
Challenges - 100+
This is one of the books I received to review for You Gotta Read Reviews which you can find here. This is completely different from any of the other books that I have read for them and has quite a chilling outlook on what could really happen in our world.
First let me give you an outline of what the story is about.
Around the world, there are many violent events occurring that do not seem to be connected. Universities being blown up, naval ships disappearing, government files being hacked, missile launches, and innocent people being killed for no reason. These events are every day occurrences, I hear you say, but what if they seemed to be happening more often. What if a group of individuals who would not normally be connected were controlling these events in order to implement the Plan. These individuals are powerful people within their own countries and are grouping together quietly to eventually control the world. This book covers the lives of the most powerful men in the world on both sides of this silent war as they both try to bring the outcome they want. This book follows the progress of the governments trying to stop the Plan coming into fruition and the fate of the world is in there hands. Can they stop these people from taking over the world and changing the way we live forever?
Firstly, I found this choice of story very compelling once I got into it. The story line was a little scary, as you could actually see how this could happen in real life and wonder whether the governments of the world would actually be able to stop it quickly enough. I definitely think the topic of this book is something I would like to read more about.
Once I had got about 50 pages in, I actually couldn't put the book down, as snippets of information were given to me as the book went on, I would actually sit there and say 'Oh my god!' I could actually see this happening! All I can say is Nostradamus - move over, there is a new prophet in town.
I hate to say anything less than complementary about this book, because it is a good story, unfortunately I found a couple of things that let the book down.
I found the first 50 pages had just too many different chapters writing about some characters who I didn't feel played a big part in the final part of the book. There was even a couple of characters who never made another appearance and I just could not see the relevance of them. It made the beginning of the story really confusing, especially as each chapter was only about two pages long. It took me a while to realise who the book was actually about. I would definitely consider having less characters in those first chapters. It would make the book a lot sharper and more defined and aid this books climb into the bestsellers list.
I also found that with so many different characters in the book, none of them had any real dimension. I felt nothing for the characters in it at all, because I didn't feel I knew them at all.
The ending was also a little disappointing as it lost it's dramatic build up and the final events were dealt with very quickly, losing the tense build up I had enjoyed within the story.
I do feel bad to say anything bad, as I feel this book really does have a lot of potential, but in my opinion, changes would need to be made.
at June 17, 2009