Friday Finds With A Difference. 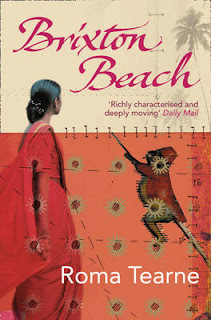 I am going to do things a little bit different this week, as we have had a new TV show airing here which is called The TV Book Club. Every week, the book club review a different book over ten weeks and also have different authors appearing on the show too. The books to be featured went on sale last week, at very low prices to encourage people to buy them. If you want to watch the show, you can view it here. There is a short interview with Sarah Waters as the main topic this week is The Little Stranger and Cecilia Aherne is also on there, so it is worth a look. Although I did wonder if a couple of the presenters had actually read this week's book. Hmmmm! Perhaps I should be on there instead.

I picked out for of the books that really interested me, in order to show them to you for Friday Finds. All the information about the books has been taken from Amazon.

Opening dramatically with the horrors of the 2005 London bombings, this is the profoundly moving story of a country on the brink of civil war and a child's struggle to come to terms with loss. London. On a bright July morning a series of bombs bring the capital to a halt. Simon Swann, a medic from one of the large teaching hospitals, is searching frantically amongst the chaos and the rubble. All around police sirens and ambulances are screaming but Simon does not hear. He is out of breath because he has been running, and he is distraught. But who is he looking for? To find out we have first to go back thirty years to a small island in the Indian Ocean where a little girl named Alice Fonseka is learning to ride a bicycle on the beach. The island is Sri Lanka, with its community on the brink of civil war. Alice's life is about to change forever. Soon she will have to leave for England, abandoning her beloved grandfather, and accompanied by her mother Sita, a woman broken by a series of terrible events. In London, Alice grows into womanhood. Trapped in a loveless marriage, she has a son. Slowly she fulfils her grandfather's prophecy and becomes an artist.Eventually she finds true love. But London in the twenty first century is a mass of migration and suspicion. The war on terror has begun and everyone, even Simon Swann, middle class, rational, medic that he is, will be caught up in this war in the most unexpected and terrible way.

I would recommend anyone who was living in England on this day, to read this book. I think we would all know what we were doing on that day.

2) Wedlock by Wendy Moore
When Mary Eleanor Bowes, the Countess of Strathmore, was abducted in Oxford Street in broad daylight in 1786, the whole country was riveted to news of the pursuit. The only daughter of a wealthy coal magnate, Mary Eleanor had led a charmed youth. Precocious and intelligent, she enjoyed a level of education usually reserved for the sons of the aristocracy. Mary was only eleven when her beloved father died, making her the richest heiress in Britain, and she was soon beset by eager suitors. Her marriage, at eighteen, to the beautiful but aloof Earl of Strathmore, was one of the society weddings of the year. With the death of the earl some eight years later, Mary re-entered society with relish and her salons became magnets for leading Enlightenment thinkers - as well as a host of new suitors. Mary soon fell under the spell of a handsome Irish soldier, Andrew Robinson Stoney, but scandalous rumours were quick to spread. Swearing to defend her honour, Mary's gallant hero was mortally wounded in a duel - his dying wish that he might marry Mary. Within hours of the ceremony, he seemed to be in the grip of a miraculous recovery. Wedlock tells the story of one eighteenth-century woman's experience of a brutal marriage, and her fight to regain her liberty and justice. Subjected to appalling violence, deception, kidnap and betrayal, the life of Mary Eleanor Bowes is a remarkable tale of triumph in the face of overwhelming odds. 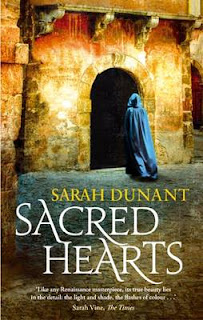 3) Sacred Hearts by Sarah Dunant
Dunant (The Birth of Venus) revisits 16th-century Italy, where the convents are filled with the daughters of noblemen who are unable or unwilling to pay a dowry to marry them off. The Santa Caterina convent's newest novice, Serafina, is miserable, having been shunted off by her father to separate her from a forbidden romance. She also has a singing voice that will be the glory of the convent and—more importantly to some—a substantial bonus for the convent's coffers. The convent's apothecary, Suora Zuana, strikes up a friendship with Serafina, enlisting her as an assistant in the convent dispensary and herb garden, but despite Zuana's attempts to help the girl adjust, Serafina remains focused on escaping. Serafina's constant struggle and her faith (of a type different from that common to convents) challenge Zuana's worldview and the political structure of Santa Caterina. A cast of complex characters breathe new life into the classic star-crossed lovers trope while affording readers a look at a facet of Renaissance life beyond the far more common viscounts and courtesans. 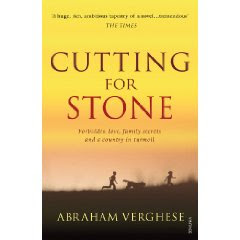 4) Cutting For Stone by Abraham Verghese
Marion and Shiva Stone, born in a mission hospital in Ethiopia in the 1950s, are twin sons of an illicit union between an Indian nun and British doctor. Bound by birth but with widely different temperaments they grow up together, in a country on the brink of revolution, until a betrayal splits them apart. But fate has not finished with them - they will be brought together once more, in the sterile surroundings of a hospital theatre. From the 1940s to the present, from a convent in India to a cargo ship bound for the Yemen, from a tiny operating theatre in Ethiopia to a hospital in the Bronx, this is both a richly visceral epic and a riveting family story.