Before I start this post, can I say a huge thank you to Liz over at My Favourite Books for letting me copy her pictures, as I had a bit of trouble trying to load them myself. Liz is my blogging guru, so go check out her blog too. 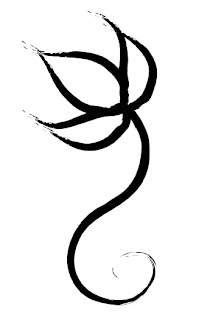 I promised you last week that I would share with you the awesome books that will be released through Orion's new imprint Indigo which will be launched in September.  They will be releasing four books a month and I want to show you what lovely books to expect in September and October. 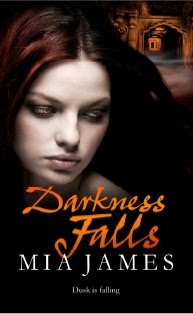 DARKNESS FALLS by MIA JAMES
1st September 2011/ Hardback
First they killed her father. Now they're trying to kill her . . .
There are vampires at April Dunne’s school. Not Goths, or Emos in fancy dress. Dangerous, bloodsucking
semi-immortals. They run the school. And they're using their influence to recruit smart,rich students - aka 'bleeders' - to their cause.
What is that cause? April isn't sure. But she knows they killed a rock star for it, and innocents who got too close to the truth. One of them almost killed her. But that's nothing to what's coming next.
Gabriel, her kinda-boyfriend, is dying and unless April can find a cure then not only is she going to be boyfriendless, she's also going to lose one of her major allies in the school. And she really needs allies. 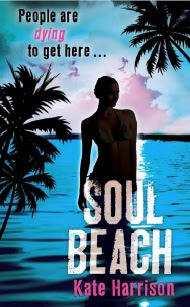 SOUL BEACH by KATE HARRISON
1st September 2011/Trade Paperback
An email from her murdered sister sets Alice Forster on a chilling path - to solve the mystery of Megan's death, and the even greater mystery of her life AFTER death.
When Alice Forster receives an email from her dead sister she assumes it must be a sick practical joke. Then an invitation arrives to the virtual world of Soul Beach, an idyllic online paradise of sun,sea and sand where Alice can finally talk to her sister again - and discover a new world of friendships, secrets and maybe even love . . . .
But why is Soul Beach only inhabited by the young, the beautiful and the dead?
Who really murdered Megan Forster? And could Alice be next? 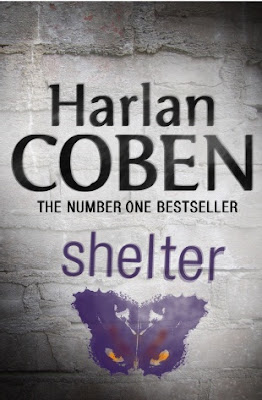 SHELTER by HARLAN COBEN
5th September 2011/ Hardback
The first in an exciting series of young adult thrillers from the master of the hook-and-twist.Harlan Coben's very first young adult project will link in with the storylines in his up-and-coming adult thrillers as Myron Bolitar discovers that his mysterious tearaway younger brother, Brad, has a son – who is now a teenager.
When our series hero's father, Brad, dies in a mysterious accident in South America, Myron is his closest, albeit estranged, relative left and is assigned to be his legal guardian. Will uncle and nephew be able to live with one another? And will our hero be able to resist getting involved in solving a mystery disappearance at his new high school?


﻿THE WARRIOR HEIR by CINDA WILLIAMS CHIMA
1st September 2011/ Paperback
(Problems loading this picture)
An epic battle between good and evil...with Jack Swift caught in the middle.Before he knew about the Roses, 16-year-old Jack lived an unremarkable life in the small Ohio town of Trinity. Only the medicine he has to take daily and the thick scar above his heart set him apart from the other high-schoolers. Until one day Jack forgets his 'medicine'. Suddenly, he is stronger, fiercer, and more confident than ever before. And it feels great - right up to the moment when he loses control and almost kills another player during the soccer team tryouts.Jack is about to learn that he is Weirlind; part of an underground society of magical people who
live among us. At the head of this magical society sit the feuding houses of the Red and the White Rose, whose power is determined by playing The Game - a magical tournament in which each house sponsors a warrior  to fight to the death. 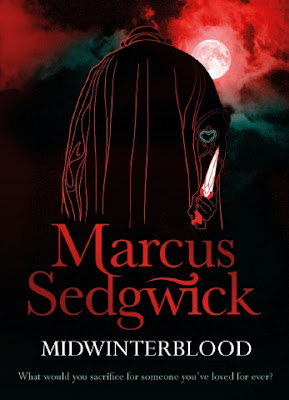 MIDWINTERBLOOD by MARCUS SEDGWICK
6TH October 2011/ Hardback
What would you sacrifice for someone you’ve loved for ever?
Have you ever had the feeling that you've lived another life?
In a novel comprising seven short stories each of them influenced by a moon - flower moon, harvest moon, hunter's moon, blood moon - and travelling from 2073 back in time to the dark of the moon and the days of Viking saga, this is the story of Eric and Merle who have loved and lost one another and who have been searching for each other ever since. In the different stories the two appear as lovers, mother and son, brother and sister, artist and child as they come close to finding each other before facing the ultimate sacrifice.
Beautifully imagined, intricately and cleverly structured this is a heart-wrenching and breathtaking love story, but it also has the hallmark Sedgwick gothic touch with plenty of blood-spilling, a vampire and sacrifice. 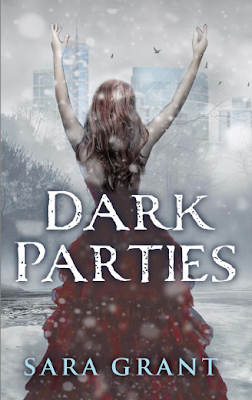 DARK PARTIES by SARA GRANT
20th October 2011/ Trade paperback
Sixteen-year-old Neva plots to escape her world where everyone looks the same and no one is allowed to leave in this compelling thriller about identity, trust and freedom.Neva keeps a list of The Missing - the people like her grandmother who were part of her life but who have now vanished. The people that everyone else pretends never existed. In a nation isolated beneath the dome of the Protectosphere - which is supposed to protect,but also imprisons - Neva and her friends dream of freedom.
But life is becoming complicated for Neva. She's falling for her best friend's boyfriend - and he's learning more than she ever wanted to know about what might be happening to The Missing. 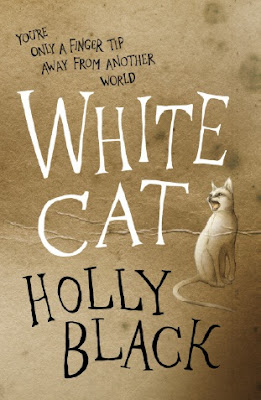 WHITE CAT by HOLLY BLACK
16 October 2011/ Paperback
The extraordinary new adult fantasy of magic in our world and the price we pay for it by the author of THE SPIDERWICK CHRONICLES.
Cassel is cursed. Cursed by the memory of the fourteen year old girl he murdered. Life at school is a constant trial. Life at home even worse. No-one at home is ever going to forget that Cassel is a killer. No-one at home is ever going to forget that he isn't a magic worker.
Cassel's family are one of the big five crime families in America. Ever since magic was prohibited in 1929 magic workers have been driven underground and into crime. And while people still need their touch, their curses, their magical killings, their transformations, times have been hard. White Cat is a stunning novel of a world changed by magic. 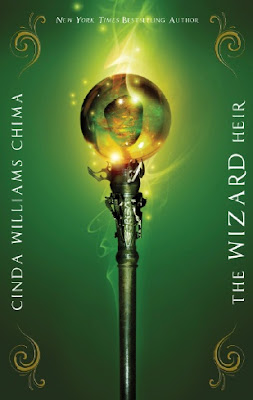 
War is coming, and magic is spiralling out of control . . .
Seph McCauley has spent the past three years getting kicked out of one exclusive private school after another. And it's not his attitude that's the problem: it's the trail of magical accidents - lately, disasters - that follow in his wake. Seph is a wizard, orphaned and untrained, and his powers are escalating.Worse still, Seph makes a discovery: the stories he's been told about his parents' life and death are fabrications. The people he most trusted have been lying to him. Who can he trust,when everyone around him is keeping secrets?

So there you have the first two sets of books that will be released this year. I am so excited about these books and I cannot wait to read them. Which ones are you interested in?