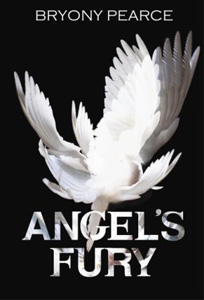 Pages _
Published by Egmont in July 2011
I've started to have dreams while I'm awake. I remember music I've never heard ... I've got all this extra stuff in my head, but I'm forgetting things from my own life. I feel like I'm being taken over.


Goodreads Summary
Cassie Farrier has always suffered from terrifying nightmares. On a trip to Germany she recognises scenes from her dreams and finds evidence of a sixty year-old massacre. Fearing for her sanity, her family sends Cassie to a retreat where she meets others with symptoms like her own and finds out that she has lived a number of past lives.

However, the Doctor at the retreat is not what she seems. Cassie and the boy she comes to love must escape the Doctor’s influence but can they also escape the misery of their shared past?

***********
Well this was a rather dark book that I really wasn't expecting! Very good, but very dark. In fact, the story line completely took me by surprise as I was expecting something along the lines of Fallen or Hush, Hush, where the angel falls in love with the beautiful but flawed girl. Although there is a little bit of a love interest in the book, it is just a fraction of the story. The angel is this book is a nasty piece of work, hell bent on revenge after thousands of years. Not one you would as your guardian in times of need.  Out of all the angel books I have read, (and there seem to be a lot of them) the flavour of this book reminded me more of Anne Rice's Angel Time than any other. It has that dark, historical tone to it, which really made the book stand out from the others.
Told from the point of view of Cassie, a young girl who suffers from horrific repetitive dreams, who has come to a point where she cannot cope anymore. Her parents no longer able to watch her suffer, decide to tell her the truth about elements of her past. After showing her a video of when she was little, it becomes quite obvious that Cassie is an old soul, who has experienced many life times which are now repeatedly haunting her. These life times were filled with violence and hatred and it is no wonder the poor girl cannot sleep.
Within the book there are lots of references to World War II where we witness the suffering of the Jews at the hands of the Nazi's. This was quite difficult to read at times and played with my emotions quite a bit. I tend to steer clear of books that deal with the suffering that occurred as they just upset me too much. However, the author isn't too graphic with her descriptions, so you only get a sense of what occurred.
There is a religious undertone to the book, but as my knowledge of the Bible is limited, I couldn't tell you if the information provided was true or not.
I really felt for the children in the book, who were supposedly being treated for their unusual conditions. Their parents had paid for them to  be kept at the facility and left them hoping that their children would be cured. They were completely unaware of any torturous behaviour that might have occurred. These children suffered at the hands of evil.
I was a little slow to work out who was the antagonist within the book, even though they were blatantly waving out at me from the pages. I think the reason I struggled was because of the author's clever use of gender that had me completely fooled.
I did enjoy reading this book and found myself reading so fast, my note taking got sidelined  and aborted. I think this was definitely an original and cleverly written story. I don't think I have read anything quite like it and it really gave the angel genre a new twist to it.
What I also enjoyed about this book, was it's stand alone status. The  story was wrapped up and I felt I knew everything I needed to know. In this day and age, stand alone novels are become more extinct than the dodo!
This book made me grateful that when I turn the light out and lay my head on the pillow, I sleep peacefully!
A promising debut from an author who I know has lots more to offer us in the future.
at September 08, 2011