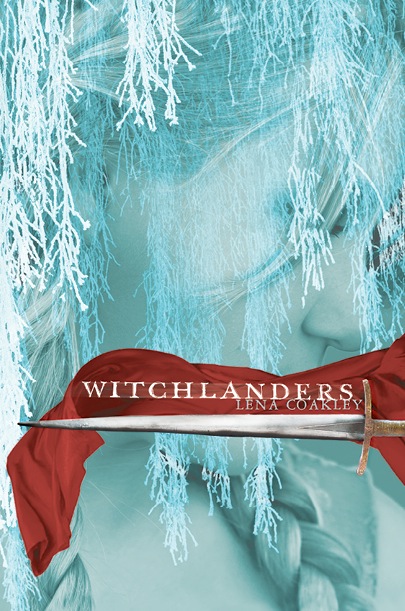 Pages - 400
Published by Atheneum in 2011
Ryder woke to the sound of clattering bones. A red curtain separated the sleeping area from the main room of the cottage and he could see the faint flickering of candles through the fabric.
'Skyla,' he whispered.
Even in his sleep he'd known there was something wrong. A feeling of dread lay heavy in his stomach.
High in their mountain covens, red witches pray to the Goddess, protecting the Witchlands by throwing the bones and foretelling the future.
It’s all a fake.
At least, that’s what Ryder thinks. He doubts the witches really deserve their tithes—one quarter of all the crops his village can produce. And even if they can predict the future, what danger is there to foretell, now that his people’s old enemy, the Baen, has been defeated?
But when a terrifying new magic threatens both his village and the coven, Ryder must confront the beautiful and silent witch who holds all the secrets. Everything he’s ever believed about witches, the Baen, magic and about himself will change, when he discovers that the prophecies he’s always scorned—
Are about him.
*********
This is one of those books that hooked me in by the cover alone. I fell in love with it as soon as I saw. There is something quite ethereal about it that draws you in. On seeing the cover, I dashed off to find out what the book was about and knew instantly I had to read it.
The book is split into three parts. In the first part we are introduced to Ryder and Falpien who come from opposing sides in a war that has continued for many years. They have been born to be enemies. Their lifestyles and histories differ greatly from each other and you find yourself wondering how they will ever come together in the book.
Your question is then answered in the second part, where their two worlds collide creating an instant dislike of each other. Though Bo knew they should be friends and willed them to get along.  As time progresses, the begin to realise they need each other.
In part three, we find the coming together of two very powerful voices and a lot of past events are revealed. It becomes apparent that the a certain race have not been telling the truth about recent events.
Ryder was such a strong character, who rebelled against the way of life he had grown up with. He was resentful of the Witchlanders and his anger built as disasterous events occurred.When the Witchlanders attempted to ridicule his mother and her predictions and made her out to be the perpetrator,  he just loses control and vows to avenge his mother's reputation.  His friendship with Fabien definitely had elements of a love/hate relationship. It was as if the Gods truly had been cruel and played a trick on them which left them needing each other when all they could do was hate each other.
The witches made me mad! I wanted to shake some sense into them. I couldn't help but feel they were being narrow minded and needed to seek out the truth. They just wouldn't listen to reason and I couldn't work out why until I got near the end of the book and everything became apparent.
I have to say Bo was one of my favourite characters. If ever I get another dog, I want one like him! He is a dreadhound, one of the most dangerous dogs going and all I want to do is put my arms around him and let him give me a big sloppy dog kiss.
Certain parts of this book had an Indian Jones feel to it. There are some rather creepy tunnels where certain spiders might scare you a little, so be warned. The plot was excellent, leaving me surprised at the way the events turned out.  There are  a few red herrings throughout the book which will leave you surprised. I certainly didn't see them coming at all. The ending was also unexpected and I do hope that there will be a sequel so I can find out what happens next.
For a debut author, I think this book is just amazing. The author blends traditions with dangerous journeys bringing two cultures back together again. She shows how easily the truth can be hidden and forgotten over time so that no one really knows what the truth is anymore. The magic in the book sparks into the life from the first page and just grows with each new development throughout the story.
I really loved reading this book and I can't wait to read more by Lena Coakley in the future.
at November 01, 2011