Most Anticipated Books of 2012 by my Favourite Authors

On my final stretch now as I  write my post of most anticipated books of next year. This post will look at the books being published by writers who I have grown to love over the last couple of years. 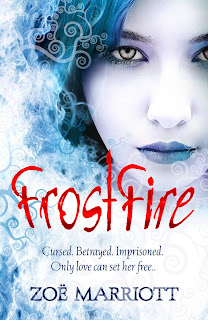 Frostfire by Zoe Marriott
You guys know how much I love the writing style of Miss Marriott, well I am super excited about this book coming out next year. It is a companion novel to Daughter of the Flames and just sounds AMAZING! I will have to wait patiently until July.
Goodreads Summary
Frost is cursed - possessed by a wolf demon that brings death everywhere she goes. Desperate to find a cure, she flees her home, only to be captured by the Ruan Hill Guard. Trapped until she can prove she is not an enemy, Frost grows increasingly close to the Guard’s charismatic leader Luca and his second in command, the tortured Arian. Torn between two very different men, Frost fears that she may not be able to protect either of them ... from herself.

Emma Hearts LA by Keris Stainton.
I know this isn't the cover! But I am super excited about this book and can't wait for the author in question to finish writing it! This features Jessie's best friend, Emma, both from Jessie Hearts NY.  There is no summary for the book as of yet, but I know I am going to love it.

Kiss, Date, Love, Hate by Luisa Plaja.
I love the way Luisa writes - she really gets into the head of a teenager. She is so funny too. This one is published in February by Random House Children's Books and I can't wait to read it.
Goodreads Summary
What if you could change your friends' lives and loves through the settings of a computer game...? Lex Murphy's group of friends have all dated, hated, ignored and lusted after each other for the last few years. If only there was a way of matching people perfectly to avoid all the unrequited love, dumping and drama! Then Lex's friend George is given a mysterious Sims-like game by his software-testing dad which involves building character profiles in the categories of Life, Looks and Love. Lex and George populate the game with avatars for all their mates, making a few 'wishful thinking' adjustments to the settings - and find that the next day these tinkerings have come true! But how long can this new calm, loved-up atmosphere continue? 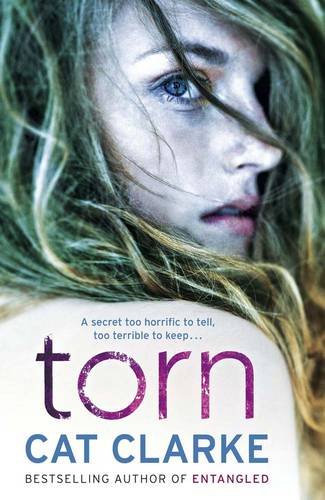 Torn by Cat Clarke
Cat Clarke writes books that make you think. When I finished Entangled it took me quite a while to get this book out of my head.
Technically this book should be in the 2011 list but as it is coming out on the 22nd December, I am going to add it to 2012.
Goodread Summaries
Four girls. One dead body. A whole lot of guilt. Alice King isn’t expecting the holiday of a lifetime when she sets off with her classmates on a trip to the Scottish wilderness, but she’s not exactly prepared for an experience beyond her darkest nightmares… Alice and her best friend Cass are stuck in a cabin with Polly, the social outcast, and Rae, the moody emo-girl. Then there’s Tara – queen of mean. Powerful, beautiful and cruel, she likes nothing better than putting people down. Cass decides it’s time to teach Tara a lesson she’ll never forget. And so begins a series of events that will change the lives of these girls forever... A compelling story of guilty secrets, troubled friendship and burgeoning love.

Stolen Away by Alyxandra Harvey
I loved Haunting Violet and I have just bought the entire Drake Chronicles series by this author. She is fast becoming one of my favourites.
Goodreads Summary
For seventeen years, Eloise Hart had no idea the world of Faery even existed. Now she has been abducted and trapped in the Rath of Lord Strahan, King of Faery. Strahan was only meant to rule for seven years, as Faery tradition dictates, and then give up his crown to another. But he won't comply, and now chaos threatens both worlds. The only one who can break his stranglehold on the Faery court is his wife. . . Eloise's aunt Antonia. Using Eloise to lure Antonia, Strahan captures his wife, desperate to end the only threat to his reign. Now Eloise must become the rescuer. Together with her best friends Jo and Devin, she must forge alliances with other Fae, including a gorgeous protector named Lucas, and Strahan's mysterious son, Eldric—who may or may not betray them. 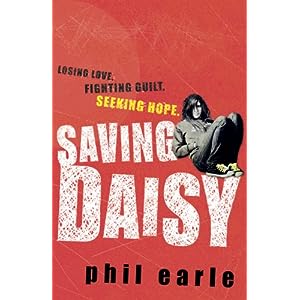 Saving Daisy by Phil Earle.
Phil Earle writes hard hitting contemporary novels for the YA market and I can't wait for this companion novel to 'Being Billy.' It comes out in January 2012.
Amazon Summary
Daisy's mum is gone. Her dad refuses to talk about it. As far as Daisy's concerned, it's all her fault. As her life starts to spiral out of control, panic leads to tragedy and Daisy's left alone.
But sometimes the kindness of a stranger can turn things around. A stranger who desperately wants to save Daisy - if she'll only let herself be saved . . .

Fated by Sarah Alderson
I completely adored 'Hunting Lila' and I can't wait to read this one which is a totally different from her first book. Sarah is one of the most inspiring authors I know - she wrote six books in two years!
Goodreads Summary
What happens when you discover you aren't who you thought you were? And that the person you love is the person who will betray you? If your fate is already determined, can you fight it? Mixen demons amongst them – she knows she can’t run. They’ll find her wherever she goes. Instead she must learn to stand and fight. But when the half-human, half-Shadow Warrior Lucas Gray - is sent to spy on Evie and then ordered to kill her before she can fulfil a dangerous prophecy, their fates become inextricably linked. The war that has raged for one thousand years between humans and demons is about to reach a devastating and inevitable conclusion. Either one or both of them will die before this war ends. If your life becomes bound to another’s, what will it take to sever it?

Revived by Cat Patrick
I really enjoyed the highly anticipated debut by Cat Patrick, 'Forgotten' and I can't wait to read her second book which will be out next year. As far as I know this is just the US cover, I am not sure what the UK cover will look like yet.
No summary available yet.
*****
I also can't wait for 'The Boy Who Could See Demons' by Carolyn Jesse Cooke. If you haven't read her debut 'The Guardian Angel's Journal' then go read it!
Also 'Ketchup Clouds' by Annabel Pitcher. Annabel is super talented and has won lots of awards this year for her outstanding book ' My Sister Lives On The Mantelpiece.'
So there you are. All the books I can't wait to read wrapped up in three posts. Well they were until lots of other new books landed on my doorstep this week. What are you looking forward to reading next year?
at December 06, 2011

Email ThisBlogThis!Share to TwitterShare to FacebookShare to Pinterest
Labels: 2012 books