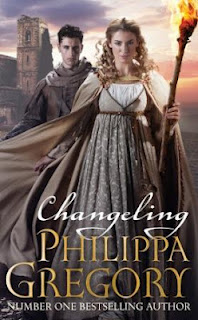 Pages - 260
Published by Simon and Schuster in May 2012
The hammering on the door shot him inot wakefulness like a handgun going off in his face. The young man scrambled for the dagger under his pillow, stumbling to his bare feet on the icy floor of the stone cell. He had been dreaming of his parents, of his old home, and he gritted his teeth against the usual wrench of longing for everything he had lost: the farmhouse, his mother, the old life.
Goodreads Summary
Italy, 1453. Seventeen-year-old Luca Vero is brilliant, gorgeous—and accused of heresy. Cast out of his religious order for using the new science to question old superstitious beliefs, Luca is recruited into a secret sect: The Order of the Dragon, commissioned by Pope Nicholas V to investigate evil and danger in its many forms, and strange occurrences across Europe, in this year—the end of days.
Isolde is a seventeen-year-old girl shut up in a nunnery so she can’t inherit any of her father’s estate. As the nuns walk in their sleep and see strange visions, Isolde is accused of witchcraft—and Luca is sent to investigate her, but finds himself plotting her escape.
Despite their vows, despite themselves, love grows between Luca and Isolde as they travel across Europe with their faithful companions, Freize and Ishraq. The four young people encounter werewolves, alchemists, witches, and death-dancers as they head toward a real-life historical figure who holds the boundaries of Christendom and the secrets of the Order of the Dragon.

*********
When other bloggers mention historical fiction, I usually shake my head, convincing them that I never read it. Yet when I look back at the books I have read over the years by Mary Hooper and Celia Rees, it is quite clear that I do read historical fiction and I do enjoy it!
However up until this point I had never read a book by Philippa Gregory. I tended to view her as the Queen of Historical Fiction and I convinced myself I wasn't going to like her YA book. Then from somewhere I caught  whispers of  paranormal  activity and witchcraft -how could I resist?
Oh how I loved this book! I read it in two sittings and struggled to put it down in between. The characters just walked off the page - they were unique and passionate about their beliefs, each standing out as head strong individuals. There were two characters within the book that really stood out for me.  The first one was Freize - wow, what a character. He was so sarcastic, yet so humorous with it. One of the best characters I have come across in a long time.  His passing comments made me crack up. The way he mocks Luca, not taking anything he says seriously. I also really loved Ishraq - what a woman, courageous and full of spirit! Ishraq has been brought up to live similarly to the women of today; she is way ahead of her time during that era. Trained as a doctor and a fighter, she leaves the men flailing behind. She definitely has a lot hidden secrets, that I am presuming will be revealed as the series progresses.
The book follows the journey of the most unlikely group of travelling companions as they fight to see clearly through the thick density of superstition that sits heavily like fog over Christendom. Through questioning and theory testing, they will discover the truth to determine the appropriate actions. Almost like early day scientists, desperate to discover the truth and banish falsities.
I can seriously see this as a TV series. The characters are just bursting out of the book, desperate to appear in real life. They are well and truly alive in my mind.  The descriptions of the era are very vivid, hitting all your sense at once. Knowing  the author's passion for history,you know the detailed descriptions are extremely accurate. You trust the author's knowledge of the past.
As I said at the beginning of the post, I haven't read anything by this author, but I am pretty sure I will be delving into her adult books in the near future.


Who wants to win a copy of Changeling by Philippa Gregory?
Just enter your details in the Rafflecopter below. International competition  - closes on the 5th of June.
a Rafflecopter giveaway
at May 29, 2012