An Interview with Cornelia Funke - Part 1

Last week I was given the opportunity to interview Cornelia Funke! I was over whelmed with excitement and nearly backed out because Cornelia is one of my favourite authors ever and I was worried I would be struck dumb in the same way I have with previous authors I  have loved. Luckily that didn't happen and I found myself chatting away for ages with Cornelia asking her all those burning questions I have had for years.  I have had to break the interview down into two parts as it is rather long. The interview took place in the gorgeous surroundings of Covent Garden Hotel. Before I share my interview with you I must thank Nina Douglas from Orion for organising such a treat for me. 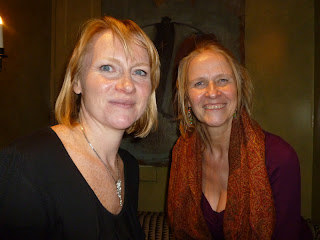 I hope you enjoyed Part 1 of the interview with Cornelia Funke. Please pop back next week for Part 2.