As part of the Under Wildwood blog tour I am pleased to post the first chapter of the book.
UNDER WILDWOOD  Written by Colin Meloy, illustrated by Carson Ellis 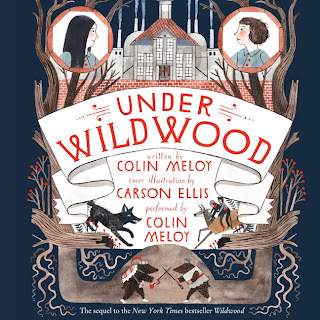