The Day I Met Kelly and Holly Willoughby

On Thursday I was given the opportunity to meet Kelly and Holly Willoughby before the public signing of the first book in their children’s series, School for Stars, which is entitled First Term at L’Etoile. The book had been published that day and the signing had been arranged for Harrods.
When I arrived to meet them I was surrounded by members of the press. I actually felt like Hugh Grant in Notting Hill, when I was asked whether I would be filming and did I have my questions ready as I slipped in before the Press Association! It was a surreal moment.
Before you read on, can I just say that all photos used are my own. 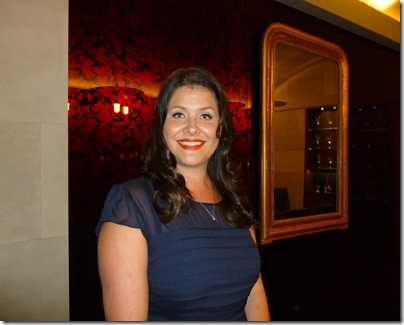 On entering the room, I managed to get a couple of minutes talking to Kelly, while Holly had a couple of photos taken. I asked how long the book had taken to write and she said it was three months. She also told me it was the first one out of three to be published, with the other two ready to go. 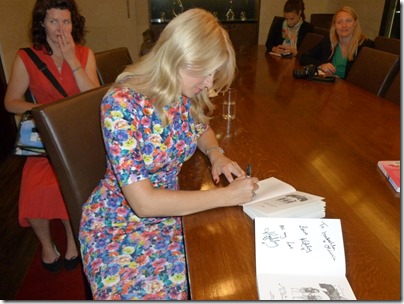 Holly and Kelly kindly signed two copies of the book for me and we talked briefly while having a couple of photos taken. 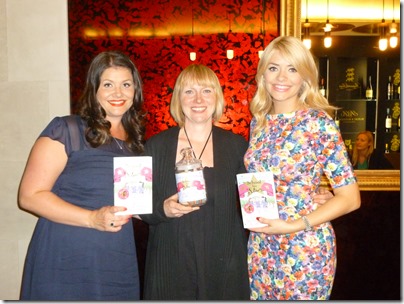 Both Kelly and Holly were far too interested in my School for Stars sweetie jar, which barely survived the journey home.  Just one of the perks of being a blogger! 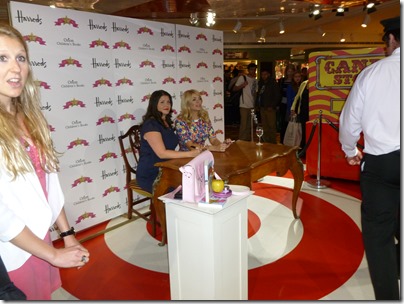 I followed the ladies down to the signing where many people were waiting patiently to meet them both. 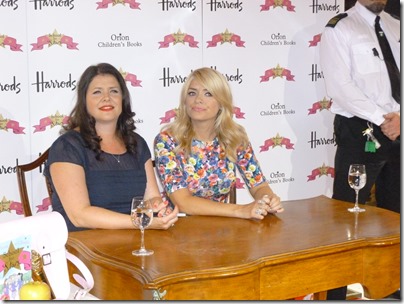 On the way home I read half the book and I really did enjoy it. It reminded me of the Tiara Club books by Vivian French, but with the retro aroma of Enid Blyton. Pop back later today for a full review of the book. 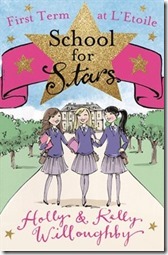 Here is a little more about the book from the press release.
Holly and Kelly always dreamed of writing a children’s book together from when they were little girls dressing up and putting on shows for their parents or making up stories.  Their dream has now come true with the launch of L’ETOILE, SCHOOL FOR STARS.  This series is a perfect mix of Glee and X Factor but with all the classic charm of Ballet Shoes and Malory Towers; full of midnight feasts, makeovers, dares, drama and dance.
This dazzling new series combines Holly’s intimate knowledge of the entertainment industry and runaway imagination, with Kelly’s creative mind and love of writing, and together they have created a glittering series of friendship and adventure.
On the first day of term at L’etoile, School for Stars, twins Maria and Molly Fitzfoster meet Pippa Burrows who’s won a song-writing scholarship to the school.  The talented trio share the same dreams of super stardom and instantly become best friends.  But will their friendship stand up against spoilt and scheming Lucifette Marciano’s plans to wreck their chances and claim fame all for herself?
The first in an enchanting new boarding school series for every girl who has ever danced in front of the mirror, sung into a hairbrush, tried on her mother’s heels, or dreamed of becoming a star!  This will be followed by SECOND TERM AT L’ETOILE in August 2013.
Thank you Orion for  a lovely afternoon.
at June 24, 2013