Today on the blog, I am pleased to welcome one of my favourite authors, Sarah Alderson, to talk about her writing process. Sarah’s new Young Adult novel, Conspiracy Girl, is published by Simon and Schuster on the 12th February. 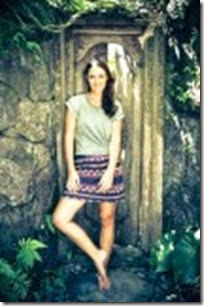 I usually go right into my books without any drafting whatsoever. I will generally have an idea, think about it for a week or so, fleshing out characters in my mind and then I’ll begin.
I research as I go and never usually plan the story very much, though I always have the ending in my head. From there it’s a point of getting from A-B. I write about seven hours a day when I’m writing a book. It takes me about 6-8 weeks in total. Being able to touch type eighty words a minute really helps.
I’ve learned to trust my writing process over the years and I edit as I go so pretty much the first draft I do is the last draft too (aside from a copy edit and proof read). It always helps I find to finish a book and set it aside for two or three weeks and then go back and read it in one go. That way you read it with fresh eyes and pick up on issues with flow or plot.
Having a good ear for prose is vital. You need to be able to hear the rhythm in a sentence.  So I’ll do that and revise it based on a read through.
Once I’m done I have a few friends I send every manuscript to, and I also send it to my agent who always gives me great feedback. I’ll incorporate her notes and then send to my publisher. 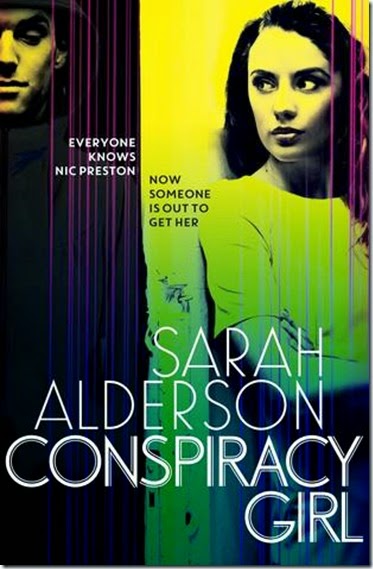 To find out more Sarah Alderson
Website / Goodreads / Facebook / Twitter
Book Summary
Everybody knows about the Cooper Killings – the Bel Air home invasion that rocked the nation.
There was only one survivor - a sixteen year-old girl.
And though the killers were caught they walked free.
Now eighteen, Nic Preston - the girl who survived - is trying hard to rebuild her life. She’s security conscious to the point of paranoia and her only friend is a French Mastiff bulldog, but she’s making progress. She’s started college in New York and has even begun dating.
But then one night her apartment is broken into and the life Nic’s worked so hard to create is shattered in an instant.
Finn Carter - hacker, rule breaker, player – is the last person Nic ever wants to see again. He’s the reason her mother’s killers walked free from court. But as the people hunting her close in, Nic has to accept that her best and possibly only chance of staying alive is by keeping close to Finn and learning to trust the person she’s sworn to hate.
Fleeing across a snowbound New England, frantically trying to uncover the motive behind the murders, Nic and Finn come to realize the conspiracy is bigger than they could ever have suspected. But the closer they get to the truth and the closer they get to each other, the greater the danger becomes.
To survive she has to stay close to him.
To keep her safe he has to keep his distance.
at February 09, 2015