Today on the blog I’m happy to welcome author, Rachel Hamilton, to tell us seven secrets about herself and her new book, The Case of the Exploding Brains, as part of her Book Blog Tour. 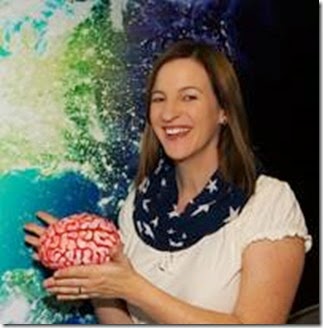 People often ask why I chose to write ‘funny’ books. I think it’s because I don’t know anything else. Since I was a child I’ve had this vague sense of being a character in a comedy show. The one that falls on the banana skin, or ends up with a bucket of water dumped on their head. If something ridiculous or unfortunate is going to happen to someone, it will usually happen to me. Here are seven examples that not many people know:
1) Mackenzie Crook (of The Office and Pirates of the Caribbean fame) once threw a pineapple at me in a comedy club. He yelled ‘duck’ and I didn’t. You’d be surprised how painful a speeding pineapple can be. They’re very spikey.
2) When I was researching how someone might be able to steal the moon rock for The Case of the Exploding Brains, I accidentally set off the Science Museum security alarm. 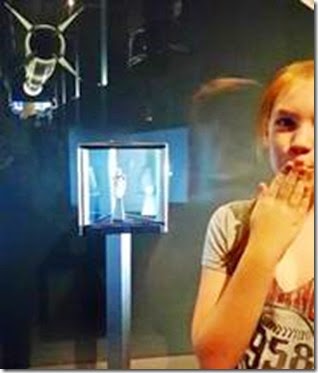 Photo: my daughter being alarmed in the Science Museum
3) In my interview for Oxford University I was asked the question ‘If God is omnipotent can he build a wall so high he can’t jump over it?’ I was so nervous my tongue got tied in knots and I started my answer by describing God as ‘impotent’. I got the giggles and made no sense whatsoever for the rest of the interview. (They offered me the place).
4) Parts of The Case of the Exploding Brains are set in prison. I used to work in a men’s prison but I left because I was booked on to a ‘What do to when taken hostage’ training course. I decided I didn’t want to know. 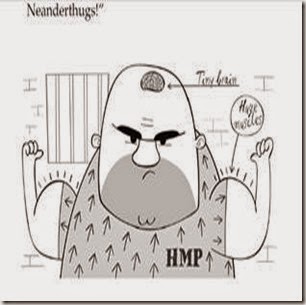 Illustration: The Boy Fitz Hammond, from The Case of the Exploding Brains
5) When I was younger I wrote to Jim’ll Fix It twenty seven times asking if Jim could fix it for me to visit the moon because I was desperate to be an astronaut. He didn’t. In hindsight I’m kind of glad he didn’t respond, but at the time I was gutted. To cheer myself up I bought myself a pair of toy NASA space gloves and gave them a cameo role in The Case of the Exploding Brains 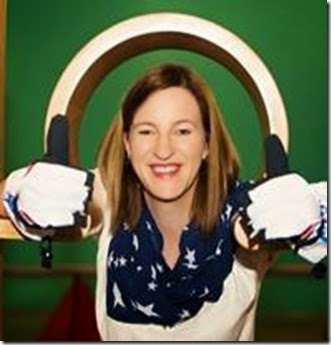 Photo: me in my NASA gloves

6) There’s a moment in the book where Noelle is terrified of her own reflection. This happened to me once in a dark nightclub in London. I was walking down the stairs and didn’t realise there was a mirror on the landing. I was so scared when my reflection loomed at me that I tripped, fell over, and had to be picked up by a bouncer.
7) The thing that excites me most about the launch of The Case of the Exploding Brains is that it might stop people referring to me as The Exploding Loo Lady! I’d definitely rather be The Exploding Brains Lady. 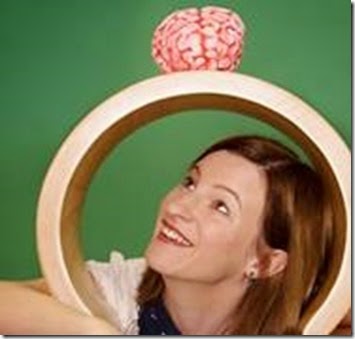 About Rachel:
Rachel Hamilton is a graduate of both Oxford University and Cambridge University and has put her education to good use by working in an ad agency, a comprehensive school, a building site and a men’s prison. Her interests are books, films, stand-up comedy and cake, and she loves to make people laugh, especially when it’s intentional rather than accidental.
She is the author of The Case of the Exploding Brains (Simon & Schuster, 2015) and The Case of the Exploding Loo (Simon & Schuster, 2014), which won second prize in the Montegrappa First Fiction Competition at the Emirates Airline Festival of Literature and has been nominated for the Redbridge Children’s Award, Leeds Book Award and Worcestershire Awesomest Book Award.
Twitter: RachelLHamilton
Facebook: RachelHamiltonAuthor
Website: http://www.rachel-hamilton.com
About The Case of the Exploding Brains:
Noelle "Know-All" Hawkins has another case on her hands.
A trip to the Science Museum results in an international mystery involving a stolen moon rock, some mindreading, and an awful lot of grumpy people. But how are they all connected?
Noelle, Holly and Porter are on the case. But will they piece the crazy clues together in time to save the planet?
And why is Dad walking round with a blanket on his head?
Rachel Hamilton does it again in this laugh-out-loud story of science, silliness and super-villains. 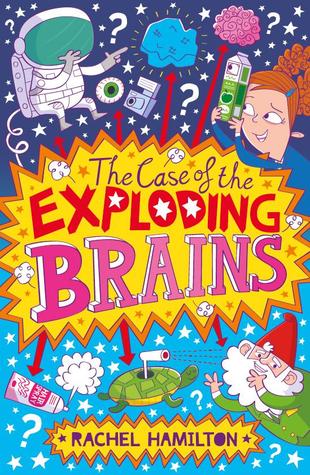 Email ThisBlogThis!Share to TwitterShare to FacebookShare to Pinterest
Labels: Rachel Hamilton, secret serendipity seven, the case of the exploding brains.