Always a pleasure to have Anna McKerrow on the blog. Today she gives us her  Scary Six. 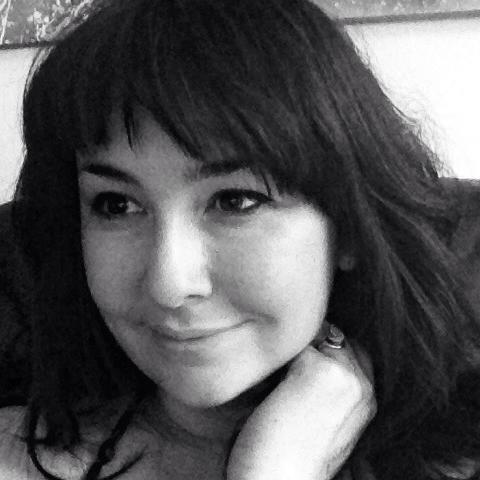 If you had to spend Halloween in a scary place, where would it be?
Hmmm. I don’t know about scary - I can think of many truly unpleasant places I never, ever want to find myself in - but in terms of “atmospheric” as long as I had some friends for company it would be nice to spend it on the Isle of Man or maybe at Newgrange, which is a Bronze Age burial site in Ireland.

What used to frighten you as a child?
Dr Who. It was the sound of the Tardis that got me. I’m still not a fan. Lots of other things. I was a fearful child. At one stage I was afraid to go to the loo at night because I thought sharks were waiting for me on the landing. It doesn’t help that I’ve always had an overactive imagination.

Who do you think is the scariest fictional character?
The worst one I can think of is Mr Murdstone in David Copperfield. He’s not a technically horrific character like say Count Dracula (who I actually love - and anyway who is so obviously IMO a metaphor for the threat of the sexual woman, or homosexuality) but he is deeply horrific of course, because he is an adult that abuses children and women, and no-one ever stops him - it’s a powerful look at domestic abuse; Murdstone takes all of the money, controls David’s mother whose health declines; beats David and sends him away to school. There is that horrible scene towards the end of the book where David, grown up and successful, sees Murdstone in a restaurant with a new young wife and child and he can see the same pattern of abuse starting again. Real life is much scarier than the supernatural, in my opinion.

Have you ever spent the night in a haunted house? If so where?
I once spent a week in D H Lawrence’s house which was quite odd, but in fact our house when I was growing up had a visitor for a while. It’s a long story but in the end my mum called in the local vicar to bless the house, and my favourite bit about that was that she was really embarrassed about asking because she thought he’d think she was bonkers but he said “Don’t worry dear, this sort of thing happens all the time,” Vicars went up in my estimation after that.

How do you spend Halloween?
The old pagan name for Halloween, or All Hallows, is Samhain; and to pagans, as it was to the ancient Celts and Druids, it’s the end of one year and the beginning of another. Samhain is what’s called a cross-quarter festival, half way between the Autumn equinox and the Winter solstice. There are the Spring and Autumn equinoxes - the two times per year that day and night are equal and the sun crosses the celestial equator, and the Summer and Winter solstices, which measure the highest and lowest points of the sun ever year.
Samhain as a cross-quarter festival marks the beginning of Winter - the beginning of darkness, of the Goddess of nature beginning her six month sojourn in the Underworld - and falls in the astrological month of Scorpio, which is the sign of death and regeneration. Therefore this is a time for honouring the dead; our ancestors; for divination, for self discovery. You can see, as with many yearly festivals, how the old, meaningful associations of the cycle of life have sadly become meaningless for the life we live now - in this case, “scariness” as opposed to a meaningful consideration of the vital place of death in all lifecycles. Even though we no longer all live pastoral lives where in the past we would have been intimately connected to the natural rhythms of the earth, it’s nice to observe the deep meanings of the festivals and the effect of the energies upon you.
So I spend Samhain remembering the people I’ve lost, breathing in the fragrant night air and honouring the old gods; reading the tarot, meditating and journeying by firelight. Unless its chucking it down, in which case, candlelight, inside!

Have you ever had your fortune told? Did it come true?
Yes! Frequently! And yes, it has many times. I try not to read for myself too much; it’s better to have a friend do it I think. I’ve also had my palm read and I’d like that done again at some point, it was really interesting. Naturally I also can’t go to a pier or any kind of schmaltzy fairground setup without going to the fortune teller, but in those cases I have to say it’s more about sitting in a gypsy caravan than getting a deep and psychological analysis.

Thanks Anna. I have to admit that the Daleks used to scare me too! 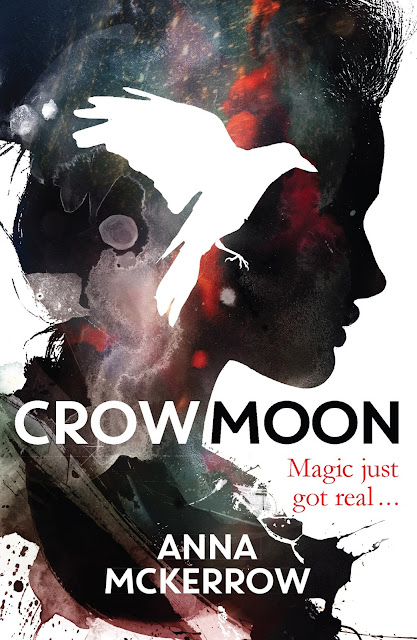 Crow Moon was published by Quercus in March 2015


Summary
Danny is a fun-loving 16-year-old looking for a father figure and falling in love with a different girl every day. He certainly doesn't want to follow in his mum's witchy footsteps.
Just as his community is being threatened by gangs intent on finding a lucrative power source to sell to the world, Danny discovers he is stunningly powerful. And when he falls for Saba, a gorgeous but capricious girl sorceress, he thinks maybe the witch thing might not be such a bad idea...
But what cost will Danny pay as, with his community on the brink of war, he finds that love and sorcery are more dangerous than he ever imagined?
at October 26, 2015