#ReviewMonday with KM Lockwood: The Changeling by Helen Falconer 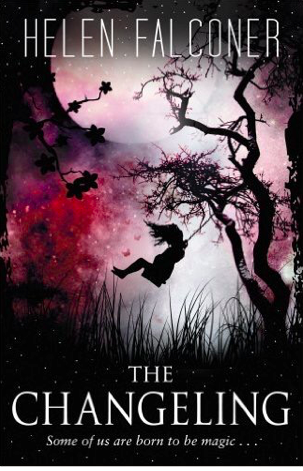 ‘Aoife!’
‘Aoife! Come back!’
I can fly. I can feel it.
‘Aoife! Stop!’
She could. She could. She knew it in the very centre of her heart. From the moment Shay’s lips had touched her skin, her blood had been flooded with a weird insistent clamorous joy:
I can fly! I can fly!
Although at the same time, in a softer whisper:
What if Shay’s right – what if I’m not a changeling, and all this is a fantasy of my parents like the lenanshee was a fantasy of his father’s? Then I’m going to die, like his poor mad mother died. I’m going to die, right . . .
NOW.
She turned and ran straight off the edge of the cliff.
***
Corgi June 2015
496 pages in paperback
Cover: Lisa Horton Design
Summary from Publisher’s website

Some of us are born to be magic.
Aoife is an ordinary teenager, hanging out with her childhood friend Carla, putting up with school. The worst she has to contend with is that the boy of Carla’s dreams is trying to get off with her instead.
But then, after chasing a lost little girl no one seems to be able to see, Aoife starts to develop mysterious powers. Eventually her parents confess that she isn’t their real daughter. Their human child was stolen by the fairies, and Aoife is the changeling left behind in her place.
Shocked and disorientated, Aoife turns to Shay, the taciturn farmer’s son who is the only person who might believe her story. Together, they embark on a dangerous journey, which takes them deep into the underworld and changes everything they thought they knew about fairies.
*****
Set in contemporary Ireland, The Changeling presents an engaging mix of modern teen life and ancient legends. Both the delightful turns of phrase and simple yet effective description convey a deep sense of place. It’s easy to read in that apparently effortless way which allows the story to shine.

There’s all the intensity of small town life, humour and some romance – as you might expect from that charming cover. It’s fair to say there are also elements of tragedy and horror: absolutely not for the claustrophobic!

The two-part structure is unusual and reflects the two different worlds in which the action takes place. Readers will enjoy a few surprise revelations here and there, and certainly the rather lovely ending appealed to this reader.

Even better for fans of Shay and Aoife – there’s a sequel coming out in June. Here’s the new Lisa Horton cover to whet your appetite for more mystery, heartache and magic: 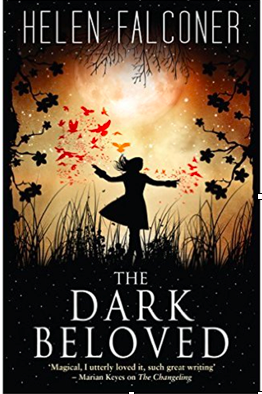 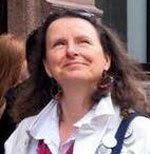 K. M. Lockwood lives by the sea in Sussex - see the pics on Instagram. She fills jars with sea-glass, writes on a very old desk and reads way past her bedtime. Her tiny bed and breakfast is stuffed full of books - and even the breakfasts are named after writers. You'd be welcome to chat stories with @lockwoodwriter on Twitter
at April 25, 2016