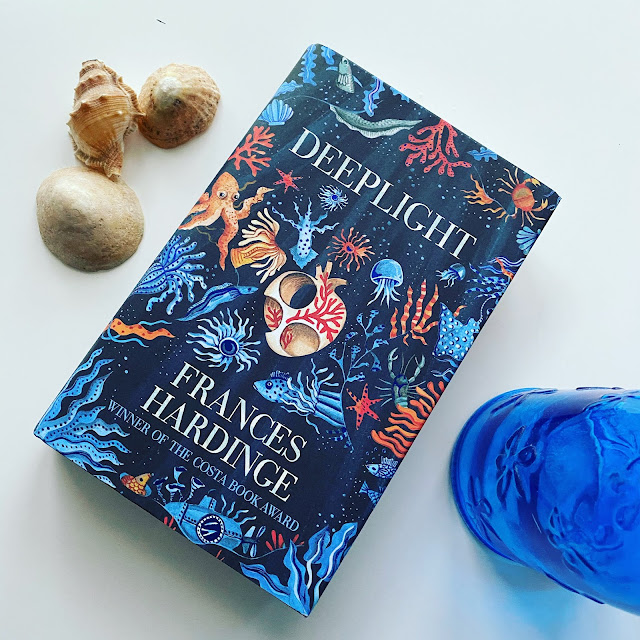 Book gifted to me by Macmillans Children's Books.

This was the first book I've ever read by Frances Hardinge. I feel slightly ashamed by this, as I've always heard how wonderful her books were, but for some reason I never picked one up. Being an unpublished writer, always trying to improve, I think I may have been intimidated by the author's talent. Everything she writes is so critically acclaimed and the number of awards she has won runs into double figures. She is a writer you can only dream of being even an ounce like. 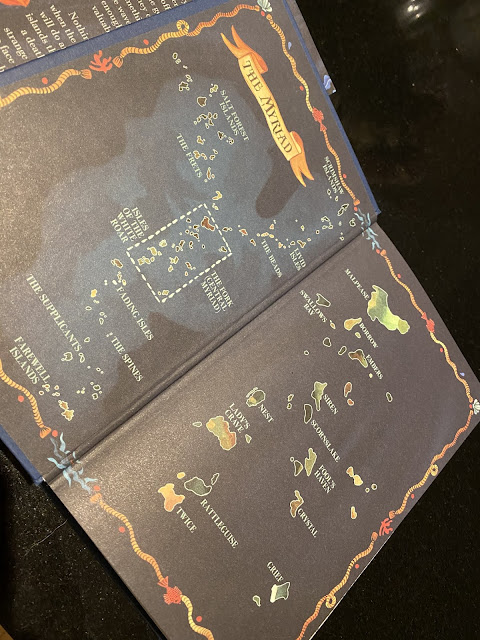 Before I review the book, I want to talk about the cover, because it's quite stunning. Depicting so many elements of the story, even down to the shiny God glass on the submarine, it really sets the tone of the story. Inside the front cover, there is a beautiful map of the all the islands and the back cover has illustrated pictures of all the ancient Gods from the Myriad. Aitch, the illustrator, needs to be commended for such an outstanding job. 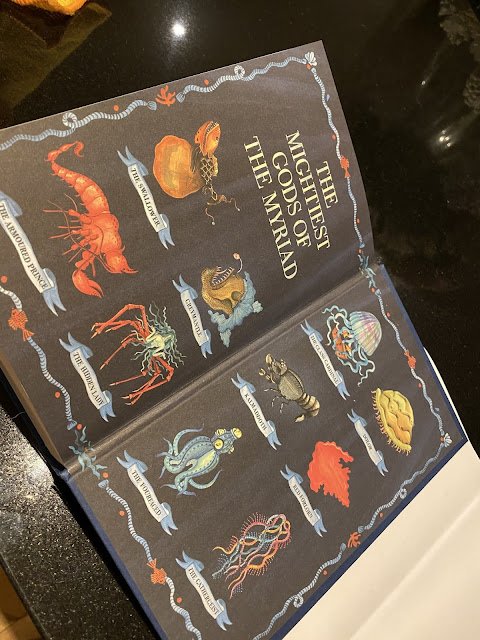 If you haven't guessed it by now, the book is set on land and in the sea. The islanders are living with the tales of the past Gods who lived under the sea. The Gods ruled by fear for many years until they rose up and tore each other apart killing hundreds of islanders. The Gods were soothed by the priests who are all growing old and many insane in the Sanctuary. Young Hark gets his call to adventure after being arrested and put up for sale. Dr Vyne buys his indenture and takes him back to the island to work with the priests in the Sanctuary.

There are some fantastic characters within the story. Hark is a charmer, always managing to successfully lie his way out of extremely tricky situations. It's fascinating to watch him grow up so much within the story. His older friend, Jelt is creepy and manipulative from the start, causing no end of trouble for Hark.

My favourite character was Selphin, who is the daughter of a notorious cut throat smuggler. Selphin is not ruled by anyone, she is headstrong yet sensible and makes her own decisions, even if it means going against her family. Selphin was sea-kissed, which meant that she had lost her hearing. It was seen as  such an honour to be sea-kissed, as she would have suffered in order to gain the title. I loved that the author turned a disability into  such an honour. When I read the acknowledgements I discovered that the character had evolved from one of Hardinge's young readers who asked whether she would ever consider putting a deaf character into the book.
The plot sends you on a tantalising yet turbulent adventure. The author really puts her characters through their paces to the point where you start to wonder if they will actually survive the horrors they are facing. During the character's deepest darkest hours, Hardinge would add moments of humour, which are so cleverly written.

The world building is so detailed and vivid it must have taken an abundance of research and planning to create such an immersive setting.

Hardinge has given a modern and unique twist to sea adventures, showing that she has the ability to turn her hand at any type of fantasy.

I think older,  more confident Middle grade readers would suit this book. The language and the length would be a little intimidating for the younger Middle Grade market. This would also suit adult readers perfectly.