Review: Riverdale - The Day Before by Micol Ostow 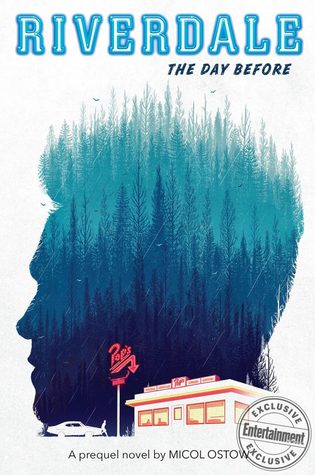 I can't help being a huge sucker for movie/ TV show book tie-ins. It goes back to my teens, when I was obsessed by all the John Hughes films and I managed to get some of those as book tie-ins. One of my favourite books which I wish I still had was called Rooftops and it was about a group of kids that lived on the rooftops in New York. Can I for the life of me remember who wrote it? Nope, so now I can't actually find it again.
Anyway, I digress, I am a bit of a Riverdale fan. To me, it's like stepping back to my teens and has that Twin Peaks kind of feel to it.  If you have Netflix, I would definitely advise watching the first episode.
The Day Before is the prequel to the first series. Told from multiple viewpoints, it shows where everyone was twenty four hours before Jason Blossom disappeared. Jughead and Archie are at silent loggerheads, as Archie dodges him, because he feels so guilty about secretly dating a teacher. Betty is in Los Angeles working for a magazine and learning to stand on her own two feet. And Veronica, well her rich world is about to smash into smithereens. In between the chapters, there are letters, emails and texts which add another layer to the story.
At this point, Veronica doesn't know any of them and to be honest, she really comes across as a bitch, but that does make her arrival in Riverdale more understandable. The other three characters are exactly the same as you see them in the show.
For a TV show tie-in, I was really impressed by this book. I think the author managed to capture the main characters and the feel of the show extremely well. This book is a quick read and although it may not give you a lot of new information, it really clarifies what happens next and sets you up for watching the show. If you know a Riverdale fan, I think this would be an ideal gift for them.
There are two more books, which I really hope to read soon.