The Vanishing Half by Brit Bennett 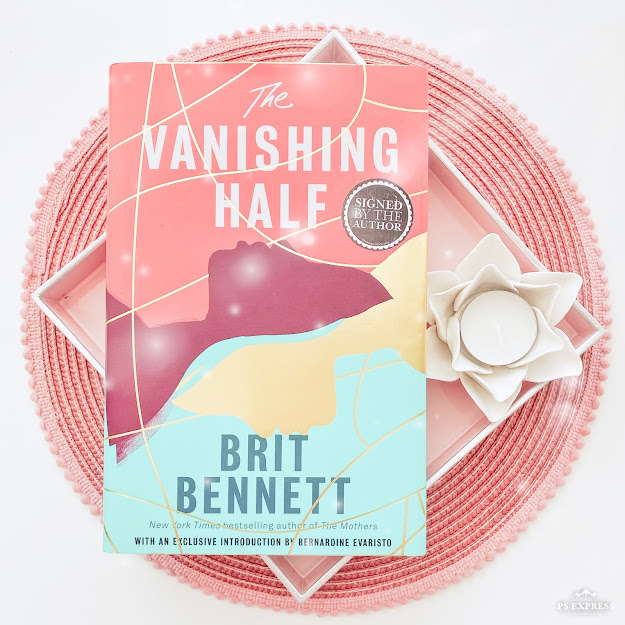 I'd been planning to read this book for awhile, as it was already creating a stir, however with the horrific events in America, I pushed it up the pile. I realise how important it is to read more books black authors and I really want to read as many as I can.
The Vanishing Half is set in a small town called Mallard in America which doesn't appear on any map. It was set up by a man finally freed as a slave from his father and the idea behind it was that the people living in it were the ones that would never be accepted but refused to be treated the same as other Negroes, because their skin was light enough to pass for white.
In the town, there are two identical twin sisters who decide to run away from home. As they grow up, their lives take very different routes. One marries a man much darker than herself, who she eventually leaves, returning home with a child with darker skin than anyone else in town. The other twin passes over as white.
I loved this book from the first page. The characters are so well written that you find yourself truly invested in their lives. Both the twins make choices that could be seen as selfish as time passes. Desiree chose to return home to a town where she knew her daughter would find it difficult to fit in, where as Stella chose to hide her heritage from her new family. It's fascinating to see how the decisions they make affect their children in years to come. Jude (Desiree's daughter) never had a lot and suffered so much at the hands of bullies. I felt this made her stronger and mored determined to be someone. Kennedy (Stella's daughter) had received everything she ever wanted and to me, it felt like she flitted from one acting job to another, never worrying too much as her parents always bailed her out.
Out of all the character pieces, my favourite parts were Jude's especially with her growing relationship with Reese. It is simply beautiful. This book is also LGBT+ which I don't think is widely known and is a pleasant surprise. The issues raised are dealt with sensitively and with normality, rather than having to make it a statement piece.
I'd love to see these characters in a sequel. There were scenes from the future I would love to see. I loved this book so much, I downloaded The Mothers straight after finishing this one.
at July 09, 2020