After finishing The Time In Between by Nancy Tucker, which I reviewed yesterday, I asked on Twitter for more recommendations on books dealing with eating disorders.I was given some fantastic books to choose from ,so I thought it would be good to share them on here. Let me know if you have any more books dealing with this subject, that you think I should read and I will add them to the list.
*****
The following two books were recommended by Olivia Mead - @MeadOlivia, who is a fabulous sales and PR person from Hot Key Books/Piccadilly Press. Both of these books are published by Hot Key Books. 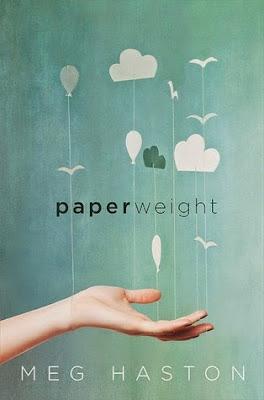 Paperweight by Meg Haston
Seventeen-year-old Stevie is trapped. In her life. In her body. And now in an eating-disorder treatment center on the dusty outskirts of the New Mexico desert.
Life in the center is regimented and intrusive, a nightmare come true. Nurses and therapists watch Stevie at mealtime, accompany her to the bathroom, and challenge her to eat the foods she’s worked so hard to avoid.
Her dad has signed her up for sixty days of treatment. But what no one knows is that Stevie doesn't plan to stay that long. There are only twenty-seven days until the anniversary of her brother Josh’s death—the death she caused. And if Stevie gets her way, there are only twenty-seven days until she too will end her life.
In this emotionally haunting and beautifully written young adult debut, Meg Haston delves into the devastating impact of trauma and loss, while posing the question: Why are some consumed by their illness while others embark on a path toward recovery? 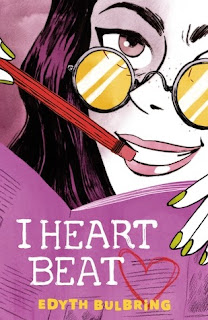 I Heart Beat by Edyth Bulbring
Beatrice has got a deadbeat mum, an addiction to online messaging and an aversion to the sun. If she could stay inside all summer she most absolutely would. Except she's being shipped off to stay with her 'Grummer' - a grandmother she barely knows - while her mum has another go at rehab. If Beatrice is going to have any chance of having some peace she will need to distract Grummer with a husband. Unfortunately there aren't many eligible bachelors hanging around this cranky old dorp.
Her plan is simple: identify the target, establish contact and ensure eternal love. But all does not go to plan for control-freak Beat. Suddenly she finds herself ditching the factor 50 for freckles from swimming in the reservoir; her cucumber and tea-only diet is overtaken by peanut butter sandwiches, and the very important 'rely on no-one' policy has to make room for Toffie; a boy with a bike, a shock of red hair and a love for the natural fauna of South Africa.
Beat always knew that love was found in unexpected places. She just never thought that it might find her.


*****
The following book was recommended by Charlotte Morris - @charlieinabook. Charlotte is a publicity assistant at Orion. 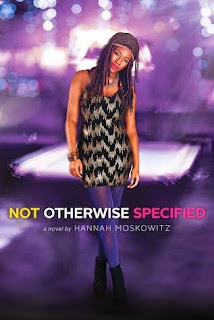 Not Otherwise Specified by Hannah Moskowitz
Etta is tired of dealing with all of the labels and categories that seem so important to everyone else in her small Nebraska hometown.
Everywhere she turns, someone feels she's too fringe for the fringe. Not gay enough for the Dykes, her ex-clique, thanks to a recent relationship with a boy; not tiny and white enough for ballet, her first passion; and not sick enough to look anorexic (partially thanks to recovery). Etta doesn’t fit anywhere— until she meets Bianca, the straight, white, Christian, and seriously sick girl in Etta’s therapy group. Both girls are auditioning for Brentwood, a prestigious New York theater academy that is so not Nebraska. Bianca seems like Etta’s salvation, but how can Etta be saved by a girl who needs saving herself?
The latest powerful, original novel from Hannah Moskowitz is the story about living in and outside communities and stereotypes, and defining your own identity.


*****
The next book was recommended by Hannah Sheppard - @YA_Books. Hannah is a literary agent with DHH Literary Agency. 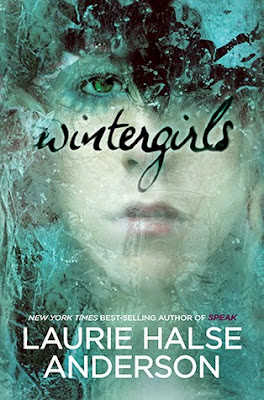 Wintergirls by Laurie Halse Anderson
“Dead girl walking”, the boys say in the halls.
“Tell us your secret”, the girls whisper, one toilet to another.
I am that girl.
I am the space between my thighs, daylight shining through.
I am the bones they want, wired on a porcelain frame.
Lia and Cassie are best friends, wintergirls frozen in matchstick bodies, competitors in a deadly contest to see who can be the skinniest. But what comes after size zero and size double-zero? When Cassie succumbs to the demons within, Lia feels she is being haunted by her friend’s restless spirit.
Laurie Halse Anderson explores Lia’s descent into the powerful vortex of anorexia, and her painful path toward recovery. 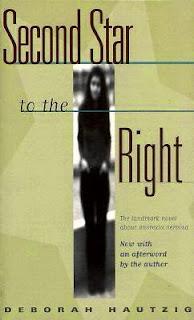 Second Star to the Right by Deborah Hautzig
Leslie Hiller is a bright, attractive, talented teenager who leads a privileged life in New York City. She is also a perfectionist. When Leslie starts to diet, she finds herself becoming obsessed, getting thinner and thinner, until she is forced to realize that her quest for perfection is killing her.First published in 1981, this groundbreaking novel has been lauded by countless librarians, educators, and teenaged readers. This new edition features an afterword by the author in which she discusses her own struggle with the disease, the difficult road toward recovery, and the lasting effects on her life.
*****
Perdita - @perditact co author of Waiting for Callback, written with her daughter Honour, due to be published later in 2016 offered the following two suggestions. 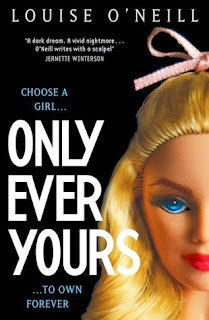 Only Ever Yours by Louise O Neill.
In a world in which baby girls are no longer born naturally, women are bred in schools, trained in the arts of pleasing men until they are ready for the outside world. At graduation, the most highly rated girls become “companions”, permitted to live with their husbands and breed sons until they are no longer useful.
For the girls left behind, the future – as a concubine or a teacher – is grim.
Best friends Freida and Isabel are sure they’ll be chosen as companions – they are among the most highly rated girls in their year.
But as the intensity of final year takes hold, Isabel does the unthinkable and starts to put on weight. ..
And then, into this sealed female environment, the boys arrive, eager to choose a bride.
Freida must fight for her future – even if it means betraying the only friend, the only love, she has ever known. 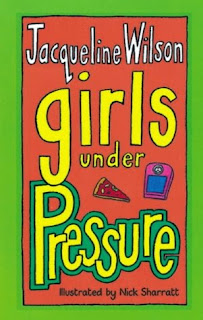 Girls Under Pressure by Jacqueline Wilson - Middle Grade
Magda is tall and glamorous, Nadine is willowy and 'gothic' and Ellie, well, Ellie is just plain normal. The three girls have been best friends 'forever' but now Ellie is convinced she's fat; Nadine wants to be a model; and Magda worries that her appearance is giving guys the wrong idea... They all long to change their looks and they're all under pressure!