The Power of Words by Julie Pike

Today on the blog, I'm pleased to welcome Julie Pike, author of The
Last Breather, as part of the blog tour to celebrate publication. 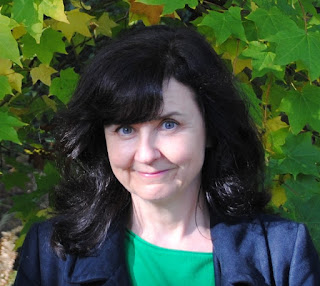 Do you remember this old saying?


Sticks and stones may break my bones, but words will never hurt me.

Have you ever chanted it? I remember chanting it many times when
I was growing up, particularly at my brother! (And he, of course,
would say the same to me.)
As with all old sayings, it has a message to tell us. It says, ignore
the barbs and taunts of bullies. It says, words are only thoughts or
made of breath, they don’t have physical substance, they can’t hurt
you.
The thing is … it’s not true and never has been. Words do have the
power to hurt and they can be relentless. And unlike wounds from
sticks and stones, if we believe them, the scars from words
sometimes never heal.
When I came to write The Last Spell Breather, I wanted to create a
magical page turning adventure. I wanted the story to have the
most powerful magic I could think of. So I wondered, ‘what if…?’.
What if there was a world where words have REAL power and
their magic can be seen?  And from there I went on to imagine the
world of Spell Breathers.
I’ve been fortunate to have some lovely early reviews for The Last
Spell Breather.I’m delighted when reviewers remark on the
uniqueness of the magic system. But I’ll let you into a secret, I
didn’t really invent the magic. The thing about words is, they really
are magic.
Over the years I’ve felt their power. I know words can hurt. And I
also know words can heal. The most powerful magic lies in the
words we tell ourselves, because those are the words we believe the
most.
If you’ve met me, you’ll probably be surprised to learn that I have a
phobia when it comes to speaking in public. (Ah careful with the
word-magic there, Julie. You don’t havea phobia. You had a
phobia.)
My subconscious used to whisper the Spell of Unworthiness in my
ear. It used to say ‘no-one’s interested in my opinion. What I have
to say doesn’t matter. I’m rubbish at this, I may as well stop
talking.’ Those words hurt.
Because I believed them, speaking in public (for my job) led to
panic attacks. After a while I became so anxious I had problems
speaking at all, never mind speaking in public.
I couldn’t go on like that. Things had to change. I forced myself to
face my fears about speaking, instead of running away from them.
(Which took a lot longer than that short sentence would suggest).
I’m so glad I did, because in doing so I learned that words can be
wonderful healers. I’m not talking about ‘fake it to make it’ (though
that can be useful sometimes). I’m talking about opening myself
up to the possibilities of new truths. I’m talking about finding new
words to think about myself. New words I actually believe.
These days, when the old phobia starts to stir, my subconscious
whispers the Spell of You Can Do Thisin my ear. It says ‘this will
be interesting. My opinions will add to the collective. I’m great at
this, so get in there and start talking.’ These words drown out my
old thoughts and heal the scars they left behind.
Good job really because this author malarkey comes with a boat
load of public speaking. I absolutely don’t want to miss the chance
to meet brilliant readers because I’m running in the other direction!
There’s another old saying, ‘write what you know.’ When I came to
invent the magic system for my story, I knew words can hurt, and
words can heal. And that’s why you’ll find both types of word-
magic in The Last Spell Breather.
But I don’t want to give away plot spoilers! Suffice to say …
Sticks and stones may break my bones, but words …
that’s a whole different story.
P.S. If you’re ever in the audience at one of my author events, my
old public speaking phobic self would greatly appreciate plenty of
enthusiastic clapping, and if you’re in the mood, a few whoops and
cheers!  I’ve learned from experience, that’s absolutely guaranteed
to keep me talking 😊 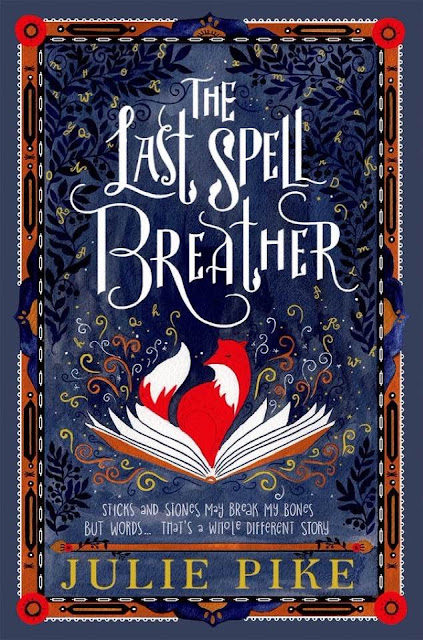 Synopsis
Enter the unique world of the Spell Breathers! Spell Breathing does
not come naturally to Rayne - she loathes the hours of practice, the
stacks of scrolls, and the snapping mud grotesques that cover her
mother’s precious spell book. When she holds the spell book over a
fire, it is only meant as an empty threat – until she feels the
grotesque’s tiny teeth biting into her finger and lets go. In one
clumsy move, her moth’s spells are broken, her village is plunged
into danger, and an incredible adventure begins . . .

Biography
Julie grew up on a council estate, nestled between the forests and
foothills of the Welsh Valleys. She is passionate about adventure
stories, and volunteers in local schools and libraries in Dorset,
helping children find stories that excite them. She is passionate
about real-life adventures too, and has crawled inside the great
pyramid of Giza, travelled to the peak of Kilimanjaro, and camped
on the Great Wall of China in a lightning storm.
Twitter: @juliepike

To find out more about the book, check out the other stops on the blog tour listed below. 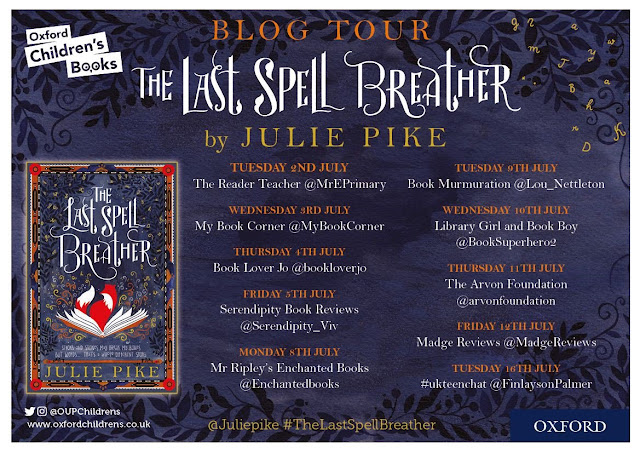